Frank Lampard: This is what Chelsea want from Pedro and Willian 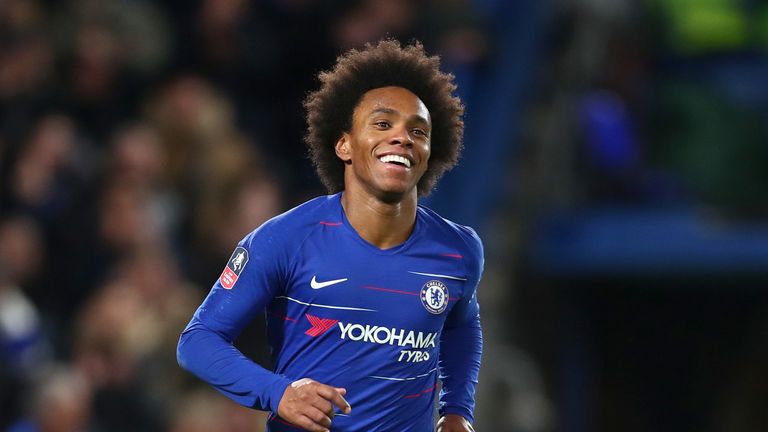 Frank Lampard has confirmed that Chelsea are very keen on retaining Willian and Pedro until the end of the 2019-20 campaign. Both players have their contracts expiring in less than two weeks and both have been sought-after by many clubs across Europe. The break due to coronavirus has brought about a lot of uncertainty to the end-of-season games. Some players have decided to stick until the end of the season while others have decided to move on as and when their contract expires. According to Goal.com, Lampard:

“We want them to extend their stay and make sure they can see out the season. I see both sides. I see the individual player because I was one, and I respect that they have both been great servants to the club.

“I’ve had nothing but open conversations with them. We’re just trying to make that extension happen. The players have to be happy. We have to be happy. Hopefully, we can get there before the 23rd of June, next week, because that’s the day we have to get it done by.”

Pedro has already agreed a contract with Roma, while Willian is still subject to a lot of transfer interest from the clubs in England and abroad. The departure of both these players before the conclusion of the season could be huge blow to Chelsea’s hopes of a top four finish. The blues only have a two-point lead – albeit with a game in hand – over Manchester United.

Pedro’s impact in the current season has been quite negligible with the Spaniard featuring in the starting line-up in less than 30% of the games. Pedro has also scored just one goal and contributed just one assist. Willian, though, is a far more significant asset with the Brazilian scoring five and setting up five so far in the league this season.

Despite signing Timo Werner and Hakim Ziyech, a little bit of continuity will be appreciated by the squad in these difficult times.

Tammy Abraham has Competition from Werner, confirms Lampard
Chelsea is the Dream Club for This Midfielder, Claims Poyet