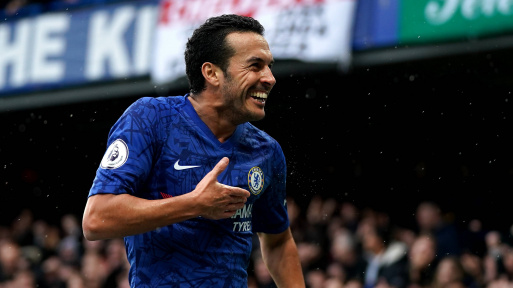 Chelsea may have suffered a huge blow as Pedro has reportedly agreed a contract with Roma. The 32-year-old is out of contract in a few weeks, but the Blues were hopeful of retaining the Spaniard until the end of the 2019-20 campaign.

According to reports from Goal, however, Pedro has agreed a two-year contract with Roma. There would also be the option of extending the deal by another year.

The situation has placed Chelsea in a precarious position, as Willian is also expected to follow suit with Arsenal interested in his services.

Even though Chelsea have brought in Hakim Ziyech from Ajax, it is unlikely that the Moroccan will be available for the Premier League games. Timo Werner is on the verge of completing a stunning move to Stamford Bridge, but even he may not be available in time for the remaining games.

Chelsea return to Premier League action with an away game against Aston Villa this weekend. The blues have nine games left in the season and Pedro will not be seen in the match day squad even this weekend. Pedro’s contract expires at the end of June.

A £21 million signing from Barcelona in 2015, Pedro has had some wonderful moments at Chelsea. He has been able to win a Premier League, FA Cup, and Europa League title at the Bridge.