Chelsea could use positive relationship to snap up Brazilian striker 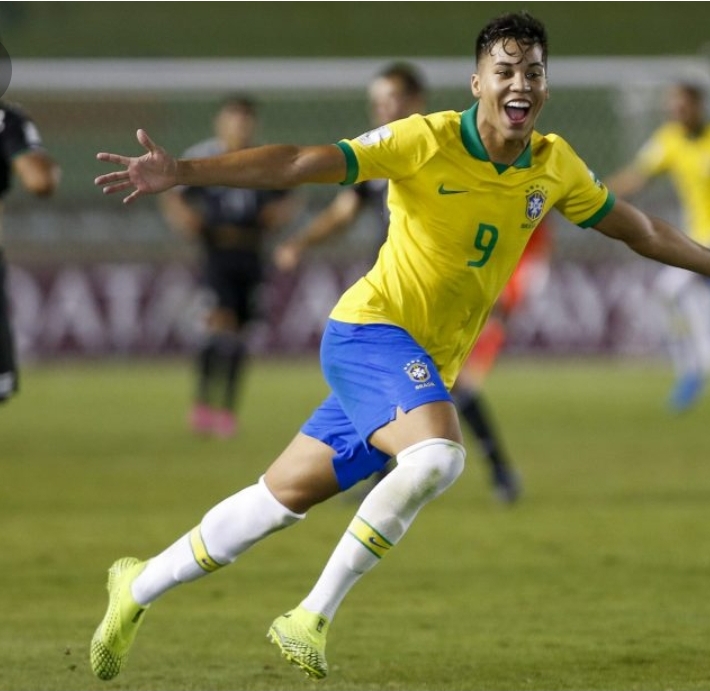 Chelsea may hold an advantage over their rivals as they aim to bring striker, Kaio Jorge to Stamford Bridge. The 18-year-old shares an agent with former Blues Oscar, and David Luiz.

According to Kicker, Chelsea have had positive dealings with Guilianno Bertolucci. Bayer Leverkusen, and Juventus are thought to also be interested, with a move to the latter looking most likely earlier this year.

Talksport reported earlier this year that Juve’s interest has stemmed from the youngster being likened to Cristiano Ronaldo. The report also suggests he has a release clause of £43m.

Kaio made his debut for Santos two-years-ago, and has gone on to make a total of 15-appearances. Mainly used as a substitute, he scored his first goal for the club in March.

On the international front, Kaio has come through the ranks at U-15, U-16, and U-17 level. He starred at the FIFA U-17 World Cup, with five-goals to help his country to success.

I can’t see Chelsea wanting to do business at the price quoted. However, maybe the good relationship with his agent could help negotiations with Santos.