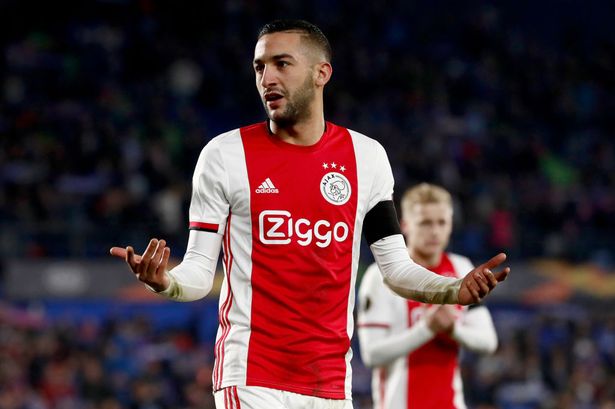 A lot has been spoken about Hakim Ziyech’s abilities on the ball, but one of his former teammates has claimed that Chelsea are getting a player with leadership qualities. The 27-year-old is the latest big signing for Chelsea after recently completing a £33 million deal from Ajax. After having been on the radar of many top European clubs, Ziyech has decided to make Stamford Bridge as his next home. His former teammate at FC Twente, Youness Mokhtar, says that Ziyech is a player with leadership qualities. According to Football London, Mokhtar said:

“He has the characteristics to be a captain. He is a leader. If things are not going well, he tries to lead and show what he’s got and to make the team better.

“You have to win his trust. If you are an honest guy with him, he will give you all of him. And he wants to tell you the truth.”

If this happens to be true, it would be a remarkable news considering that the Chelsea team has been able to reclaim the former glory days when there were many leaders in the team like John Terry, Lampard, Petr Cech, Drogba, Ivanovic, and more.

Ziyech has bid goodbye to Ajax as a result of the Dutch league being brought to a premature close. His arrival will coincide with Chelsea being on the verge of losing two key wingers – Willian and Pedro. Both players are out of contract at the end of the campaign and their departures will leave a significant void. At the same time, Ziyech’s arrival will bring fresh ideas to the forward line up.