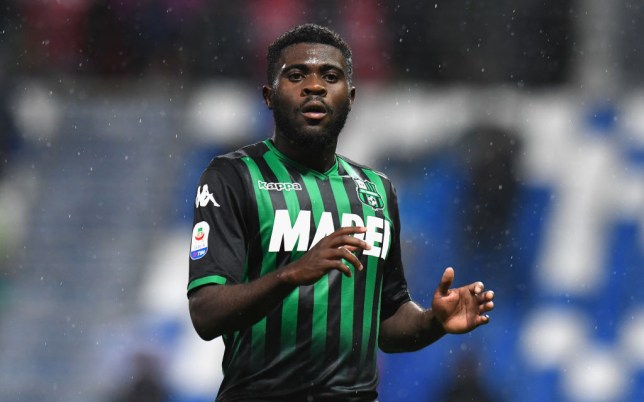 Chelsea boss Frank Lampard might be left short on the attacking front if Willian and Pedro leave in the summer, but the club are not interested in dipping into a rich pool of talented youngsters who can be brought back without any negotiations. One such player is Jeremie Boga, who had been on Chelsea’s books for three years. Yet, the winger only managed to get 18 minutes of first-team action, as he primarily spent his time away on loan spells.

Sassuolo were able to sign him for around £3.5 million back in 2018. Aware of Boga’s potential, the Blues inserted a buyback clause of £13 million. Now, however, the latest reports emerging from Italian journalist Fabrizio Romano claim that Chelsea have decided to swap this buyback clause for a sell-on fee. Clearly, there is no interest from Lampard to get Boga back despite some impressive performances from the 23-year-old. The winger has managed eight goals and four assists so far this season.

Negotiations will now continue to try and keep Willian and Pedro for another year. Both players are out of contract in the summer with the former heavily linked with a move to Arsenal, while Pedro could return back to Spanish football.