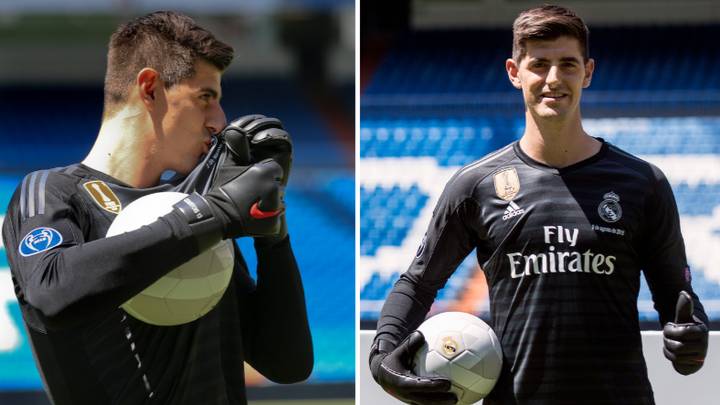 Former Chelsea goalkeeper Thibaut Courtois has revealed that he had conversations with Eden Hazard about playing for Real Madrid even when the duo were at Stamford Bridge. According to El Mundo, Courtois said:

“In the Chelsea dressing room, we spoke about the possibility of playing here. ’The White House, the White House…,’ we said. It was nice to speculate about it. Now, we are very eager to win trophies.”

The rumours linking both players with a move to the Spanish capital began several years ago. Courtois ended up making the switch in 2018 followed by Hazard a year later. Both players have had can drop in form since making the switch and they have already fallen out of favour with a decent set of Madrid supporters.

Hazard has been the biggest worry for Madrid, as the £130 million signing arrived overweight and he has been facing niggling injuries throughout the campaign. Even then, Hazard has his own set of admirers – like Roberto Martinez – who believe that the 29-year-old can pick up the Ballon d’Or award in the future.

There is no doubt that the lure of playing for Real Madrid, who have picked up more than 10 Champions League honours, is immense for players – especially for the French-speaking ones. Courtois has also faced a lot of issues regarding a loss of form and he has struggled to win back supporters ever since.