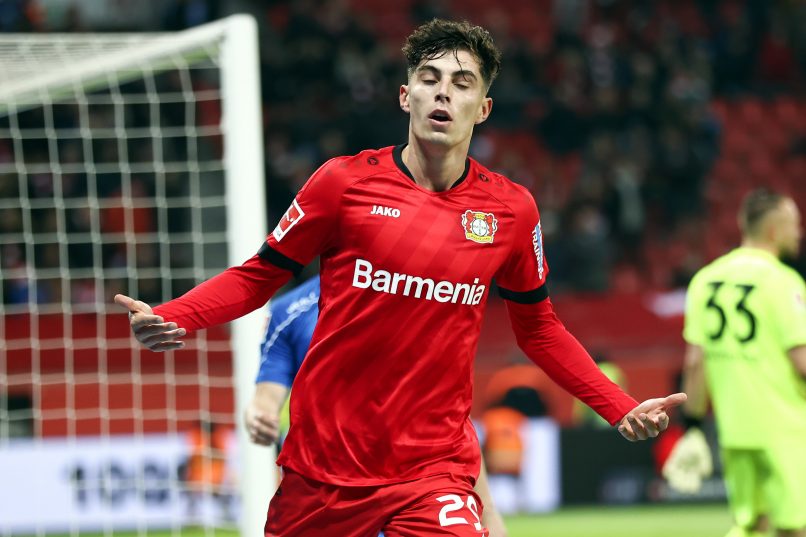 It has been the season for young Bundesliga stars to impress the top clubs. The likes of Jadon Sancho are already being linked with big-money moves to the Premier League. Now, Bayer Leverkusen’s Kai Havertz has joined in the party, as he also has been linked with a big-money move in the summer. Amidst talk about Liverpool and Manchester United in the race to sign the 20-year-old, Chelsea have also entered into the fray with an £80 million bid, according to the Express.

Kai Havertz has come up with 14 goals and seven assists. The 20-year-old continued his excellent form by helping Leverkusen to a victory with a couple of goals as Bundesliga restarted. Chelsea could be facing a crisis in the attacking department, as Pedro and Willian are out of contract in the summer.

Even though Hakim Ziyech is coming to the club, the blues need another attacking player. Havertz fits the bill on a number of aspects and he has received the backing of many icons including Liverpool’s Jan Molby. Even though there is a suggestion that young players should remain at their clubs until gaining from more prominence, there is unlikely to be any shortage of first-team opportunities at Chelsea if Willian and Pedro leave.