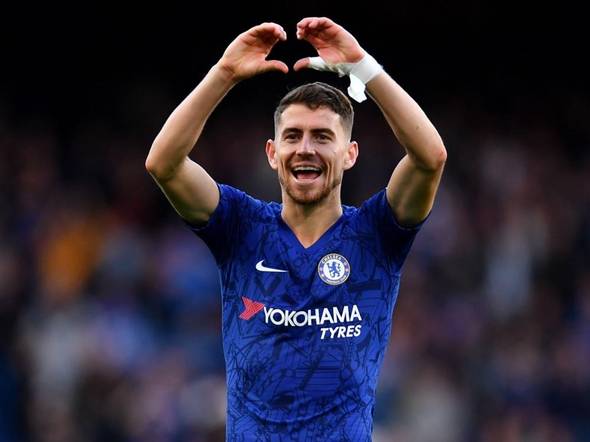 Jorginho has been consistently linked with a move away from Stamford Bridge ever since Maurizio Sarri left the club. The midfielder enjoyed a stellar campaign before football was brought to a halt by the coronavirus pandemic. Jorginho has become a key member of the Lampard’s team against all the odds. But his agent has given the biggest hint that a move could be on the cards this summer.

Joao Santos, who is Jorginho’s agent, claimed that the midfielder would relish the possibility of playing for Juventus, who happen to be managed by Sarri. According to Goal.com, he said:

“Juventus are one of the top teams in Europe and any player would like to play for them.

“I haven’t heard from [sporting director Fabio] Paratici, he hasn’t called me. Jorginho has three years left on his contract with Chelsea, he’s doing well in London.”

There is no doubt that Jorginho was a key figure in the team before football came to a halt. Signed from Napoli in 2018, Jorginho was influential in Sarri’s first few months at the club, but he encountered an alarming blip once it became clear that Sarri was not going to stay. Yet, he recovered under Lampard to come up with seven goals and two assists so far in the 19-20 campaign.

At 28, though, Jorginho’s market value is at its highest and this is especially crucial at a time when players are being devalued after the pandemic. If Jorginho ends up leaving the club, young Billy Gilmour stands to profit the most.