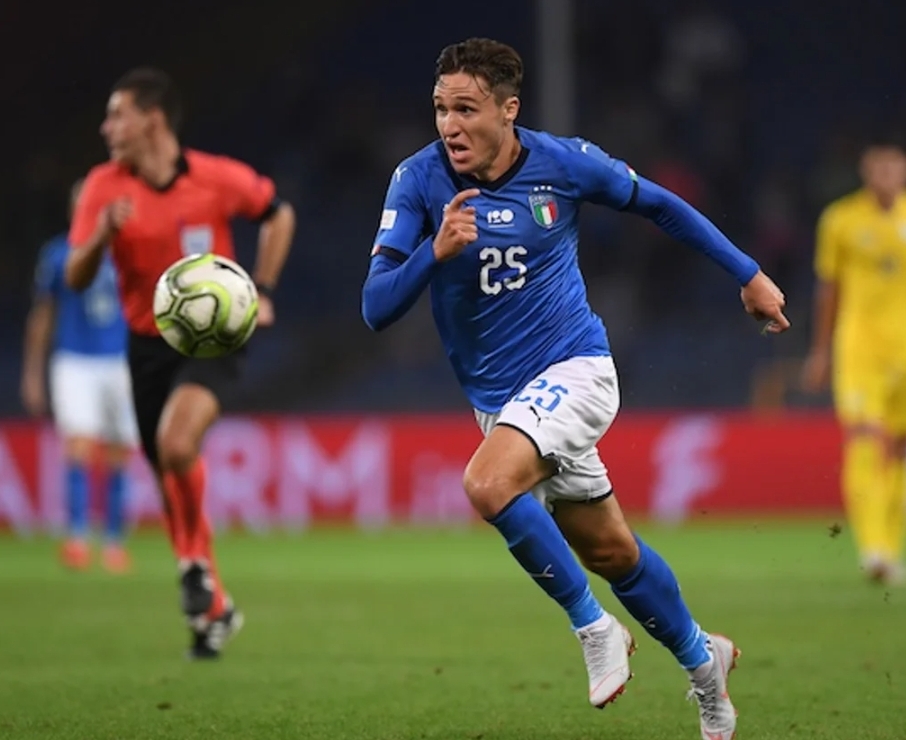 The Daily Mail are reporting that Chelsea are among a number of clubs interested in Italian winger, Federico Chiesa.

Manchester United are the Blues biggest rivals for his signature, but it’s believed Arsenal, Tottenham, Inter Milan, and Juventus are also monitoring the situation.

The 22-year-old is rated at £60m, and is courting interest from a number of clubs. The report cites Gazzetta dello Sport as quoting Fiorentina director Joe Barone confirming interest in the winger. He said:

“There are clubs knocking at the door for Chiesa, some of them who speak English… We’ll see, for the moment we just need to finish the season and he is very concentrated on doing well for us.”

The Italian international has 17-caps to his name, and has appeared for the Serie A club a total of 139-times, scoring 29-goals.

The Blues are in the market for improving options in the wide areas. As it stands, new signing Hakim Ziyech will fight it out with Christian Pulisic, and Callum Hudson-Odoi. Willian, and Pedro are both looking increasingly likely to leave Stamford Bridge when their contracts expire at the end of this season.