Christian Pulisic reveals all – His hero, signing for Chelsea, and who he’d sign for Chelsea if he was boss 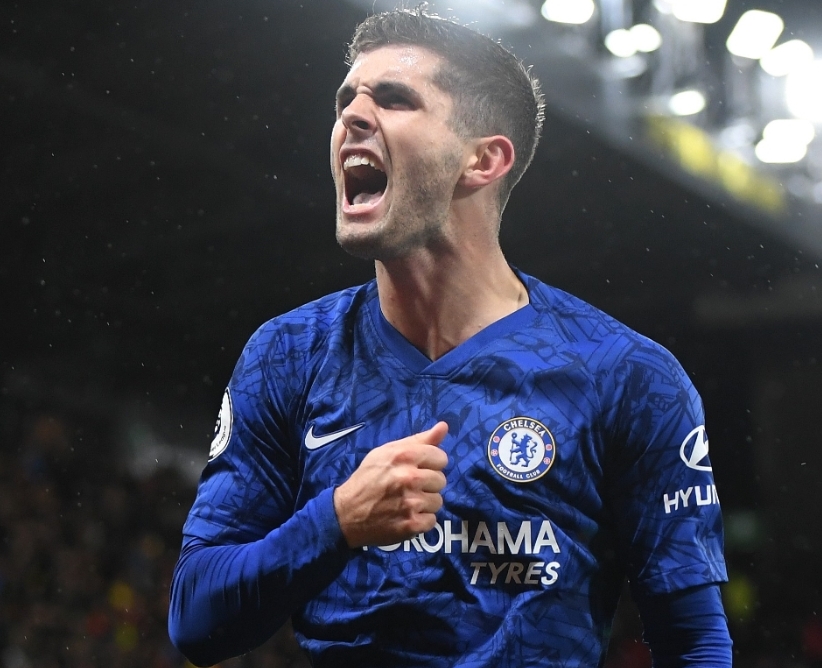 Christian Pulisic has revealed all in an exclusive interview with the Blues official app, The 5th Stand.

The American was asked a number of questions where he told of his first experiences of playing football, and who he idolised as child.

When asked about who his idol is, the 21-year-old gave an answer that many probably wouldn’t have guessed. He said:

“My first footballing idol was definitely Luis Figo,’ ‘He’s someone I looked up to when I was younger.”

Like many youngsters who look up to their idols, he had a Figo shirt

The first shirt I owned was a Luis Figo jersey and I remember wearing it when playing football with my dad in the basement at home back in Hershey.

“In fact, my nickname then was actually Figo! My dad started it and sometimes he even still calls me it now.”

The USA international also explained who he would sign for the Blues if he was boss.

“I mean Figo was my favourite player growing up but I definitely wouldn’t mind having [Lionel] Messi on my team. Can I choose both.”

Another question he was asked, was regarding how he felt when he signed for Chelsea?.

“I couldn’t even put into words, it was exhilarating! I was shocked, really proud, and of course, really excited for sure to be joining such a big club.”

Christian has made a good start in blue. Long may it continue.