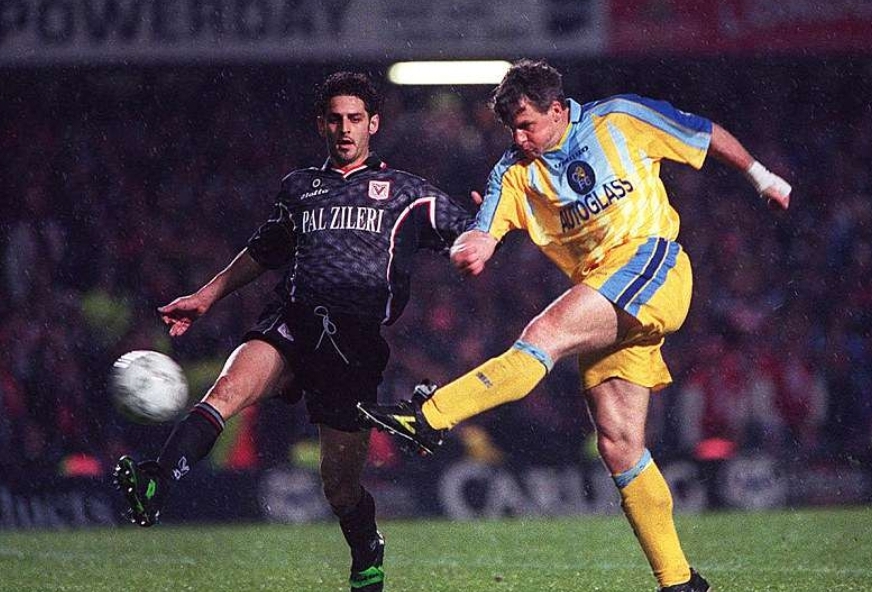 It’s 22-years-ago today since Chelsea came back from the brink to reach the European Cup Winners Cup Final.

Trailing 1-0 to Serie A club, Vicenza, the Blues had it all to do in the second leg at Stamford Bridge.

Chelsea started game on the front foot on a wet night in West London.

Despite a bright start, it was the visitors who stunned the home faithful after 32-minutes with the opening goal. Lamberto Zauli set up Pasquale Luiso who fired into the top corner to send the travelling fans into ecstasy.

The Blues bounced straight back into the tie a few minutes later. Gistavo Poyet firing home after Gianfranco Zola’s effort was well saved. It was a goal that heightened the atmosphere inside Stamford Bridge. Fans had a belief Chelsea could pull it off and advance to the final in Stockholm the following month.

Chelsea started the second-half on top, as they had the first-half. Six-minutes after the interval they were rewarded. It was magician Zola, scoring with a rare header, following a cross from Gianluca Vialli. An unstoppable bullet header to set the pulses racing.

It was all or nothing at this stage. Chelsea continued to knock on the door, marauding forward at will.

With 75-minutes on the clock, Mark Hughes became the hero. Coming off the bench, the Welshman set himself up by beating the defender with a header forward, following a long punt forward from Ed De Goey, before smashing the ball home low into the corner

An incredible comeback had been completed. The Blues winning the tie 3-2 on aggregate to set up a final appearance against German club, Stuttgart

Blues Rewind: On this day – Zola and Hughes secure Chelsea’s passage to Wembley with masterclass against Wimbledon – Video
Cesc Fabregas reveals best player he played with for the Blues, and is asked to pick between Manchester United and Liverpool midfield greats