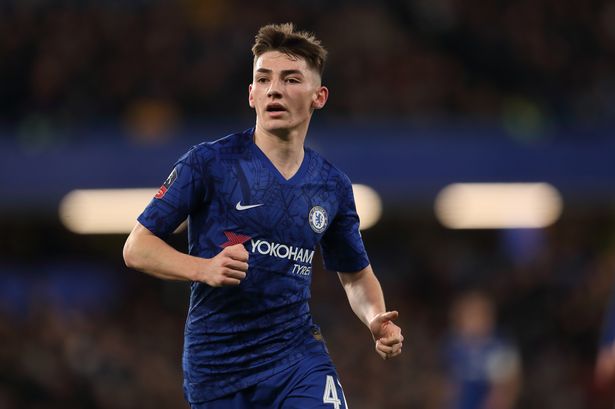 The teenager made his Blues debut as a substitute in September and he has since made six appearances for the west London giants across all competitions.

Despite the limited gametime, the youngster has caught the eye with his impressive displays from the centre of the park and he particularly excelled from the holding midfield role prior to the coronavirus shutdown.

The 18-year-old was handed with back-to-back starts against Liverpool and Everton in the FA Cup and Premier League respectively last month and he was able to influence both of those games from the defensive midfield role.

For his tender age, Gilmour showed an impressive range of passing and besides this, he was able to control the play with his quick movement to deceive his opponent.

As a result, he was handed the man of the match award in both of those matches and Lampard has no doubts that the youngster is destined to reach the top.

Speaking to Sky Sports (h/t Goal.com), Lampard said that Gilmour could have a fantastic career ahead and believes the midfielder has the ‘basic’ ability which remains him of compatriot and United legend Scholes.

“He [Paul Scholes] would always pick the right pass, he had incredible range. If you did try and jump from midfield and get to him and get close to him he’d just play it around the corner because he knew you were coming,” he told.

“Billy has shown early signs of that kind of ability. I’m not comparing him to Scholesy, no way at all, but in terms of those basics that you mentioned, then Billy certainly has them and that’s a great platform to build hopefully a fantastic career.”

Gilmour has not put a foot wrong since making his breakthrough with the Blues first team this season and the onus now remains on sustaining his starting spot with consistent displays.

When the season recommences, the likes of N’Golo Kante and Ruben Loftus-Cheek should be available after their respective injuries and any drop in the performance levels from Gilmour, could cost him the starting spot.

It’s still a learning curve for Gilmour at the early phase of his playing career but judging by the displays against Liverpool and Everton last month, he has shown plenty of confidence and maturity for his age.