Blues Rewind: On this day – Zola and Hughes secure Chelsea’s passage to Wembley with masterclass against Wimbledon – Video 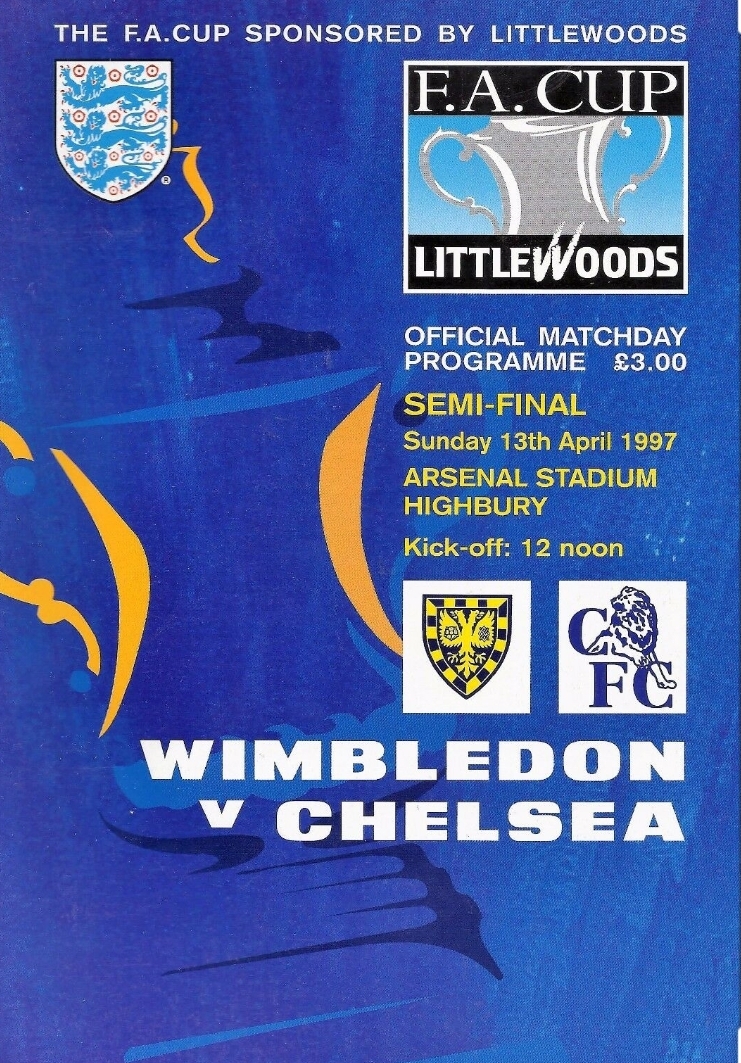 23-years-ago to the day Chelsea faced an FA Cup clash with London rivals Wimbledon. Exciting things were happening at Stamford Bridge. The little magician, Gianfranco Zola had joined the Blues earlier in the season, and dazzled the Blues faithful with his array of skill and finishing abilty. Today he was to score one of his most memorable goals in a blue shirt.

Highbury was the venue on a Sunny Sunday lunchtime. Chelsea lined up as follows…

Shortly before the break, Chelsea’s pressure paid off. Zola played in Dennis Wise, who’s low cross was forced in by Hughes to send the Blues in ahead at the break.

Chelsea’s dominance continued after the break. After 64-minutes came the memorable moment. Roberto Di Matteo played the ball in to Zola, the Italian had it all to do, but a stunning bit of skill, showing quick feet left Dean Blackwell stranded and Zola free to drill home a second goal, and put the Blues a step closer to Wembley.

Wimbledon tried their best to find a way back into the game, but the damage was done. Hughes netted a third in injury-time after a long ball had skimmed off Chris Perry’s head.

Chelsea were heading to Wembley, in the hope of winning a major trophy for the first time in 26-years. We all know what happened on that glorious day in May 1997. Happy memories of years past.