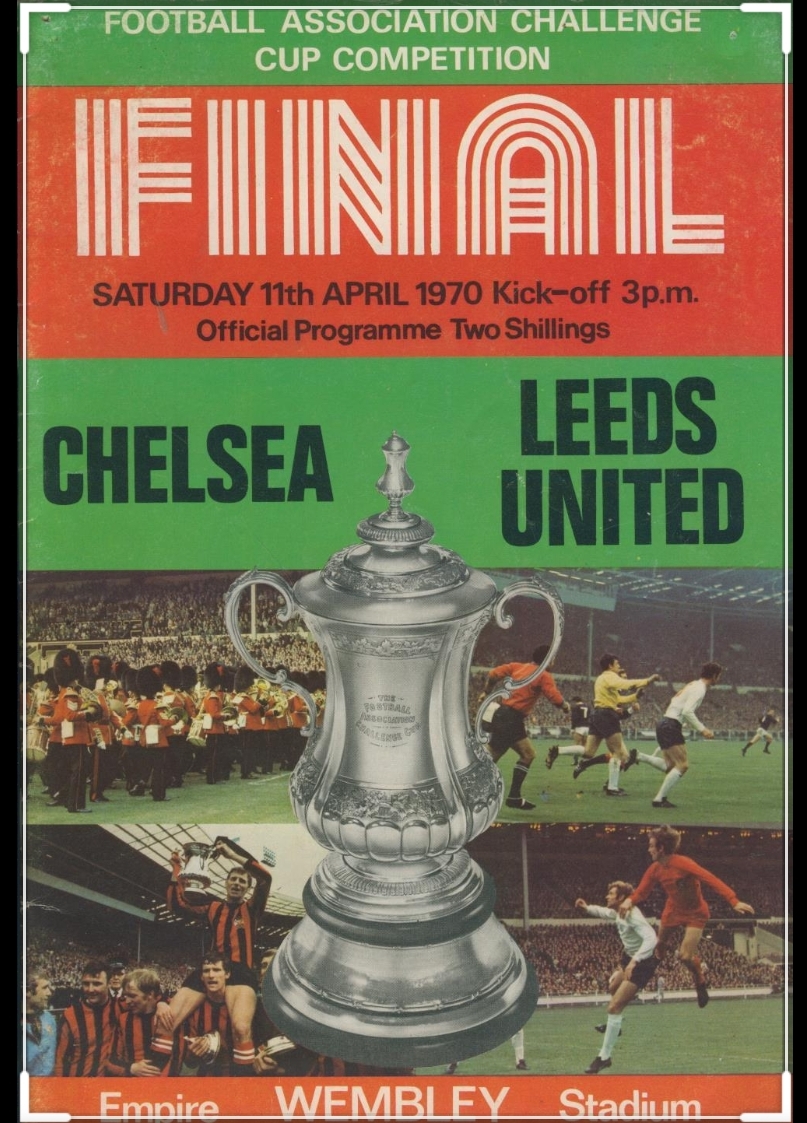 Half a century ago Chelsea and Leeds crossed swords on the hallowed turf of Wembley. Both clubs were flying high and considered two of the giants of English football at the time.

As anybody who knows their history of Chelsea – We under achieved as far as silverware was concerned, but nevertheless it was a magical era that did have it’s success stories.

Going into the Cup Final, Chelsea were still looking to get their hands on the prized trophy for the first time in their history. Two previous finals had seen the Blues fall short.

A rivalry had been born during the sixties. Both clubs were fighting for honours and a series of high-profile games took place. One factor to the rivalry was the obvious North-South divide… Yorkshire grit v Kings Road swagger. A new decade hadn’t changed anything, as both sets of supporters dreamed of Wembley success.

Leeds made the better start, taking a 20th-minute lead.  Jack Charlton heading home from a corner after Chelsea failed to clear, the ball agonisingly rolling over the line. The Horse of the Year show that took place at the stadium the week before had left the turf in poor condition.

However, Chelsea were to benefit themselves as the first half drew to a close. Peter Houseman saw a low strike from 20 yards beat Leeds’ keeper Sprake.

The Yorkshire club re-took the lead in the 84th minute, as Jones stabbed home after a header cannoned off the post. It looked to be more cup final heartache for Chelsea.

Not this time, Ian Hutchinson was the man of the moment as he headed home a John Hollins cross only ten-minutes after going behind.

Despite playing extra-time, the score remained 2-2, and so the final went to a replay to be played a few weeks later at Old Trafford. But that’s another story altogether. Stay safe, Keep the Blue Flag Flying High.