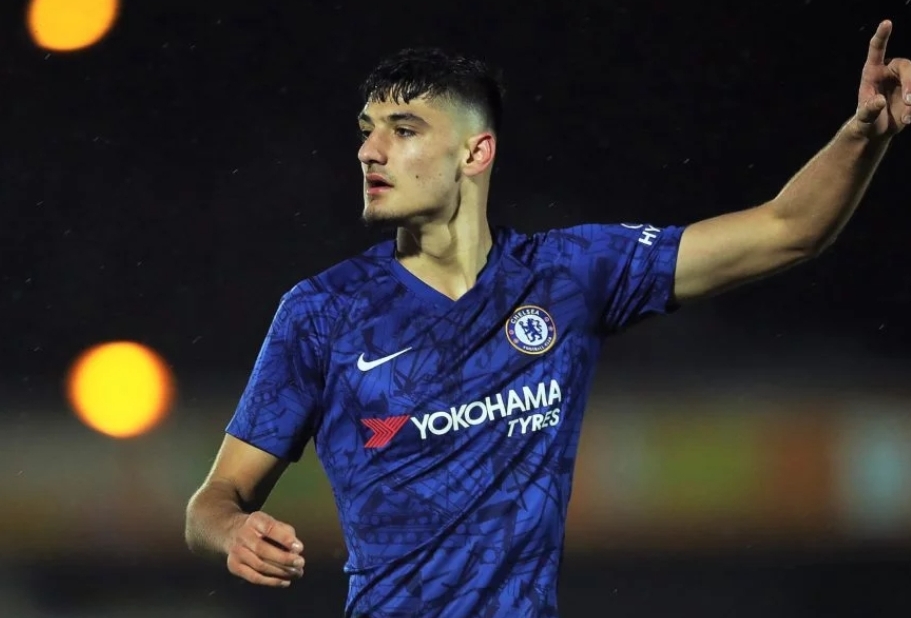 It’s been a season to remember for Chelsea’s young stars. Tammy Abraham, Mason Mount, Reece James, and Fikayo Tomori have all carved out a regular spot in Frank Lampard’s squad throughout the campaign.

Others youngsters have also figured at times. Tino Anjorin, Marc Guehi, and of course the latest to push his way into the starting line-up, Billy Gilmour.

Another youngster to join the list was Armando Broja. The 18-year-old came on as a late substitute for striker Olivier Giroud.

Starring for both the youth team, and under-23 team, Broja has netted 18-goals, from 30-appearances this season, also adding five-assists. A new two-year deal was penned only a couple of weeks ago, and his commitment was rewarded today.

Following his debut, the Slough-born youngster of Albania parentage, spoke to Sky Sports about his appearance, and what it meant to him. The youngster said:

“It’s an amazing feeling, I’ve been here ever since I was a young kid and I’ve been dreaming about this moment all that time”

a reassuring word from the boss helped calm the nerves.

“Before I came on I was a little bit nervous but I spoke to the gaffer and he told me to just enjoy myself.”

“So I just enjoyed myself for the few minutes I played and it was an amazing feeling to be out there on that pitch.”

Broja is another forward to come through the Blues academy. He’ll be hoping to follow in the footsteps of Tammy Abraham in becoming a regular first-teamer at Stamford Bridge.