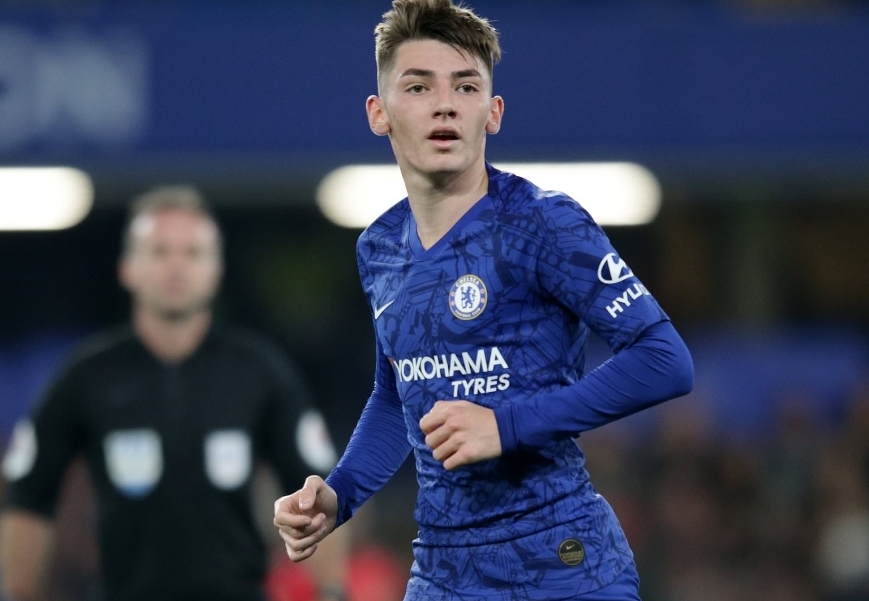 Billy Gilmour is a player many people will have known very little about prior to this week. The 18-year-old delivered a man of the match winning performance against Liverpool on Tuesday night to put himself firmly in the thoughts of many fans.

Since making his debut against Grimsby Town in Carabao Cup action earlier this season, the young Scot has made a total of five-appearances. It was another Carabao cup clash where Gilmour is happy to reveal a lesson he was taught.

The Blues were defeated 2-1 by Manchester United last October. The game saw Gilmour come up against Harry Maguire. The youngster told chelseafc.com what happened between the pair. He said:

“Basically he was saying I am a wee guy so he was pushing me off and grabbing me by the throat.”

Gilmour understands it was a learning curve, and something that has helped his development. He added:

“That is something I have to deal with, and I won’t let that happen again, that is for sure. That was a lesson.”

“Obviously he is going try to bully young ones and that is what I need to learn in the game. I have to be stronger and I have been working on that and I can only get stronger. That was a learning curve when he picked me up in the box.”

The former Rangers youth product will now be hoping to figure more often for the first-team. Jorginho is suspended for the visit of Everton, and Kovacic picked up an injury against Liverpool. Gilmour spoke of how he has learned from the pair.

“I have been learning off them in training and watching them in games and to play alongside both of them was brilliant, but hopefully Kova is back and fit for the weekend, and we will see how it goes from there.”

Gilmour has bags of potential. His ability was evident on Tuesday. However, it’s important that too much isn’t expected to quickly from the youngster. Frank Lampard is certainly the right man to nurture his talent.