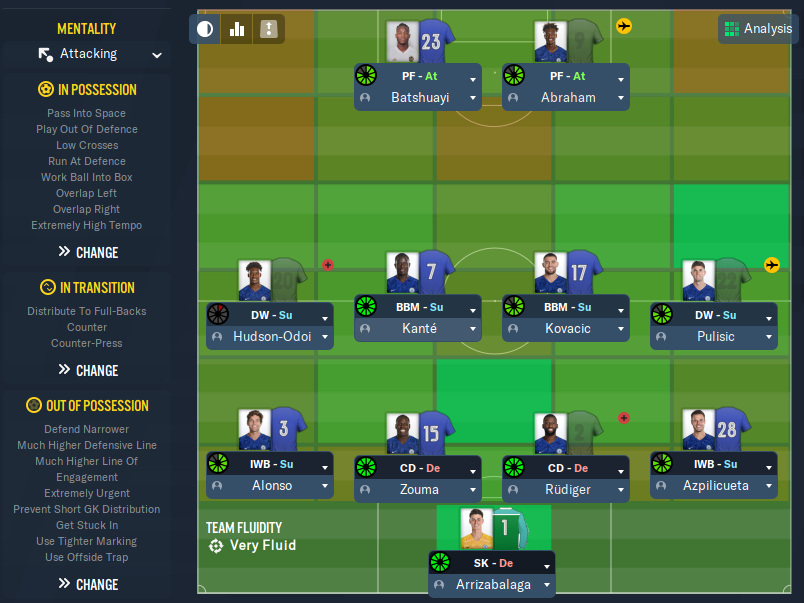 After years of harvesting young talent and utilising the loan market, Chelsea have recalled a plethora of wonderkids for the 2019/20 season. Frank Lampard’s team have a reputation for exciting, explosive Football but where will the next John Terry or Eden Hazard come from?

Football Manager is well known for predicting the growth of wonderkids and finding the next hidden gem. Today we’ll use FM Stories best FM20 wonderkids shortlist to highlight Chelsea’s top prospects and show just how good this crop of youth could be.

Hudson-Odoi’s ability on the ball is insane and only develops further in our test save. With 17 out of 20 for dribbling, touch, acceleration and agility there is little wonder PSG paid £81 million in 2026. Prior to his transfer Callum scored 65 goals in 234 appearances for Chelsea.

Pulisic could be a rare gem for many reasons. 1) Raw speed, agility and flair make him impossible to track on the counter. 2) Christian will put a shift in, shown by his high work rate and aggression. 3) The American can play from either wing offering great versatility and end product.

Tammy is a unique forward in his versatility. Few forwards possess great speed, aerial ability, finishing, technique and a willingness to close down and press the opposition. I for one hate coming up against such well rounded ability and find Abraham very hard to defend against.

Tomori may not be technically gifted but what he lacks in the final third he more than makes up for in raw athleticism and defensive nous. By 2026 the young defender has amassed 324 appearances for the Blues.

Best tactic to use with Chelsea in FM 2020

Playing offensive, pressing football while finding a balance between attack and defence is not easy. Yet this is the Frank Lampard way and seems to suit this young, energic side so we recommend a 4-4-2, in the traditional shape Odoi and Pulisic could terrorise the wings. Abraham’s raw speed and work rate would suit the pressing forward role and provide guaranteed goals in behind.

Duke Ryan’s 4-4-2 is the best Football Manager 2020 tactic I have tested and utilises a common shape making integration simple. As with any system Duke Ryan features many team and player specific instructions so you should download the tactic linked above, not try to replicate.