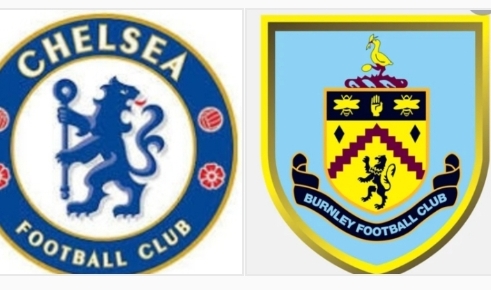 After a short break for the FA Cup, this afternoon’s game sees us take on Burnley at Stamford Bridge. I don’t usually fancy games against Burnley and any home fixture has the potential to raise my blood pressure this season, but if this afternoon’s game brings even 90 minutes break from the whingeing about the lack of signings in the last 11 days, then I welcome it with open arms.

I might not feel the same way by the end of the game of course, Burnley come to us on a bad run but they’re a difficult side to break down, it’s a story we know only too well – and with defeats to Bournemouth and Southampton already, we’re in danger of a third consecutive home league defeat for the first time since 1993.

Sean Dyche wasn’t happy with some decisions in our last meeting, so he’ll be hoping we haven’t discovered a cure for the Stamford Bridge Syndrome yet.  Personally, with all Dyche’s finger pointing and accusations after that game, I would hope Callum Hudson-Odoi comes prepared to throw himself into this one at the deep end.

Going into today’s game, Chelsea manager Frank Lampard, says “When you analyse the three games we lost [at home], they give you a bad feeling. You see we have created 50 chances but no goals. We need to take our chances. It’s easy to say unlucky and things like that. But we have to get things right and we work on that in training. We need to find that killer instinct.  Burnley have a good record at the Bridge, very organised style and they can hurt you. It’s almost like, not the worst game you can play, but a team who can hurt you.”

Burnley manager Sean Dyche meanwhile, says “There is a belief in what we do from the players and staff. It is a case of delivering on what you know. Last year was another big learning curve. We are only a few details away over the last couple of games.  If we’d have beaten Villa [in their last league game] people could say, weirdly, that we had a good Christmas, on 27 points and through in the cup. The Premier League is different like that. One game can mean everything is a different view point every week.”

For Burnley, will be without Johann Berg Gudmundsson (hamstring) and Ashley Barnes (groin) are injured, whilst Jay Rodriguez and Phil Bardsley (both flu) will be assessed. Ben Gibson is back in training after a groin problem and Chris Wood is expected to be back after a hamstring issue.