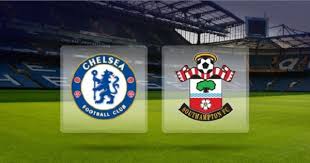 We haven’t had time to come down from the high of a win at Tottenham Sunday, or even clear our heads from the excesses of yesterday, but today sees the first game of the festive season as we take on Southampton at Stamford Bridge.

Southampton climbed out of the bottom three with a win against Villa on Saturday, their first away win in three months. As for us, we’ve struggled at home this season. We’ve also lacked consistency, and  had our share of defeat, although that win last weekend was a reminder of just how well we’re able to perform – if only we could sustain it.

I doubt we’ll be quite as motivated against Southampton and that combined with the home form issue, could take the shine off our baubles.

Going into today’s game, Chelsea manager Frank Lampard, says “Going to Tottenham, in good form. The character, the fight and strength and it makes it the best performance. I hope it helps them. For the young ones, there is a bit of a mixture. Hopefully within the group the gives us confidence. Both games (Southampton and Arsenal) are going to be tough, we need to show another side of our game and getting points at home.”

Southampton Manager Ralph Hasenhuttl, says “We are now three points above the (relegation) line and this is OK, but the next fixtures are very difficult and that means the performance has to get better and better, otherwise, against the next opponent it will not be possible to take points. At the moment I don’t really feel like Christmas, it is the busiest time for me.”

For Southampton, Moussa Djenepo’s (hamstring) is out and Shane Long (knee) is a doubt, although Kevin Danso (illness) and Sofiane Boufal (toe) could both be available again.