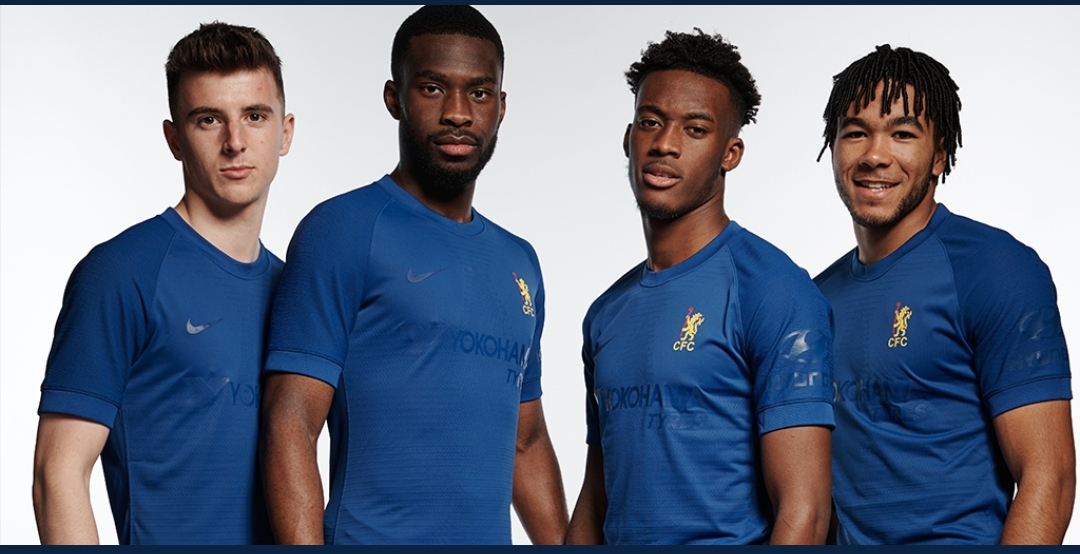 After weeks of rumours, Chelsea have finally unveiled the kit to mark the 50th anniversary of the club’s first FA Cup victory in 1970.

Chelsea drew the final with Leeds United. Peter Houseman and Ian Hutchinson were the scorers in a 2-2 draw. In the replay 18-days-later, at Old Trafford – The Blues clinched FA Cup glory. A late Peter Osgood equaliser took the game to extra-time. Dave Webb was the hero, heading home the winner just before the end of the first-half of extra-time.

It’s fair to say it’s going to be a huge hit. The Nike tick, and Yokohama and Hyundai sponsorship logo’s are embedded into the background of the shirt, leaving it looking very similar to that worn during the late 60s and early 70s.

The badge is also a flashback to that era. Keeping it simple with the lion in gold, holding a red staff. The iconic badge originates from the Earl of Cadogan’s coat of arms.

The shorts are royal blue with a yellow trim, the socks are yellow, as worn in the replay in 1970, as are the numbers on both the shorts, and the back of the shirt.

The Blues will wear the shirt in the FA Cup third round tie with Nottingham Forest on 5th January. Let’s hope it has a reason to be continued to be worn all the way through to a successful FA Cup campaign. I can see Cesar Azpilicueta, wearing that kit, holding the FA Cup aloft at Wembley on the 23rd of May.

The shirt will be available from the megastore on 2nd January.

What do you think? Feel free to comment below. It’s a ten out of ten from me.

Opinion: Why Chelsea’s Tammy Abraham can be better than Tottenham’s Harry Kane
Mario Melchiot: ‘Thinks a step ahead’ – Mason Mount proves doubters wrong with a show of workrate, skill, and reading of the game