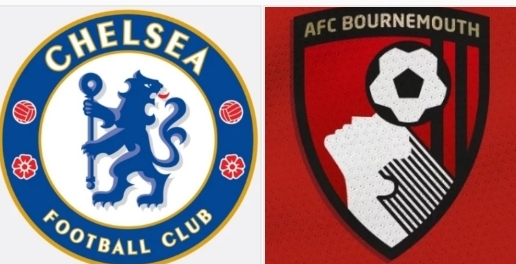 After making it through the group stage in the Champions League midweek, we’re back at home in the Premier League this afternoon to face Bournemouth.

We lost to Everton last weekend in probably our most disappointing performance so far this season, whilst Bournemouth faced Liverpool and like most teams this season, came away with as much as Jeremy Corbyn in a general election.

All predictions seem to favour us in this battle, mainly because The Cherries are on a run of five straight defeats and only one win in 10, but we seem to be encouraging the poorer performers to make games against us the FA cup game of their season, so I think the predictions might be a little off balance.

Going into today’s game, Chelsea manager Frank Lampard, says “I didn’t expect us to roll over West Ham. I understand from the outside that it might have been thought of. But similar happened at Everton.  If you don’t perform at the levels, you don’t do the basics that you have been doing all season then any team in the Premier League can beat you. Bournemouth are having a tough time but there’s no doubt that they have talent and ability in their squad to beat us if we are not at it.

Sometimes it takes a lot out of you (playing in Europe). I see a genuine reason there but we didn’t travel, we played on Tuesday so there’s less of an excuse for us.  Then it comes down to mentality. You have to understand if we want to be a big club at this level, fight in Europe and the top level of the Premier League that these are little tests after you have had a pretty successful but difficult night to now refocus on the Premier League.”

Meanwhile, Bournemouth manager Eddie Howe, says “In these moments I try to be at my best, when things are most challenging. I’d like to think I’ve handled these situations before and I can do it again.  Frank [Lampard] and his team have done so well, it’s a different Chelsea this season but still a very effective team. But we feel, if we’re at our best, we can beat anyone.”

For Bournemouth, Steve Cook, Adam Smith, David Brookes, Lloyd Kelly and Charlie Daniels are joined by Nathan Ake (hamstring) after his injury against Liverpool last week, but there’s a chance Callum Wilson and Josh King could be available.