Video: £100m Chelsea target shows fans what they could be seeing at Stamford Bridge 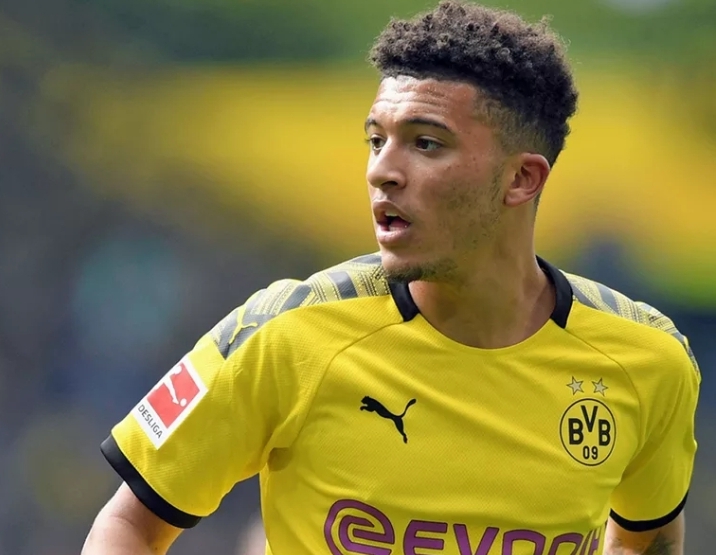 Jadon Sancho is a prime target for Chelsea in January according to sources in the press. The Daily Mail are reporting the West-London club are planning to table a £100m bid now the transfer ban has been overturned following an appeal to CAS (The Court of Arbitration for Sport).

The England international was recently dropped by Borussia Dortmund, but showed his finishing ability by scoring twice in a 5-0 victory yesterday against Fortuna Dusseldorf in the Bundesliga.

Highlights of the victory show Sancho scoring the third and fifth goals for The Black and Yellows:

The former Manchester City youth product has been linked with other premier league clubs, but the Blues will be hoping his friendship with other Chelsea youngsters, Callum Hudson-Odoi, and Tammy Abraham could prove the difference to clinch his signature.

The Express also report the 19-year-old was a Chelsea fan whilst growing up. The youngster confirmed last month his favourite players were Blues legends Didier Drogba, and Frank Lampard. The latter is of course the man in the hot-seat at Stamford Bridge now.

Chelsea have more pressing defensive issues following yesterday’s defeat at Everton. However, a £150m kitty is reportedly available to spend in January. Brazilian winger Willian is yet to sign a new deal at Stamford Bridge. Meanwhile, Pedro has been largely frozen out, with the Spaniards’ contract expiring next summer. Wilfried Zaha is also believed to be on the club’s radar. It would surely be a case of one or the other.