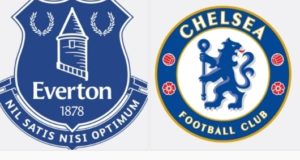 After bouncing back from two successive premier league defeats during the week, Chelsea are back in action with a trip to the North-West. Today The Blues are on Merseyside to face Everton. (Kick off 12.30pm GMT)

Kepa will once again expect to start. A fine late save against Aston Villa on Wednesday kept him on his toes for what could be a busier trip to Goodison Park.

Rotation is the key at the moment with the amount of upcoming fixtures. Fikayo Tomori is set to return having been rested midweek, and is likely to partner the ever present Kurt Zouma. Antonio Rudiger is close to a return, but this will probably come too soon for a start for the German. Reece James will expect to start at right-back again, with Emerson Palmieri possibly occupying the left-back spot.

Jorginho had a deserved rest against Villa, although did figure from the bench. He’s likely to be back in the starting XI today, partnering N’Golo Kante. Mateo Kovacic is likely to swap places with the Italian. Mason Mount will be full of confidence following his winning goal in Wednesday, and should start just ahead of the other two in an attacking midfield role.

Christian Pulisic still looks to be firing on all cylinders. After missing out at the start of the season, the American still has plenty to give, and is currently in top form. He should continue on the left-wing. Willian is due a rest, and so Callum Hudson-Odoi could be fancied to start on the right-hand-side. Tammy Abraham was back in top-form on Wednesday, adding another goal to his impressive tally against the club he was loaned out at last season. 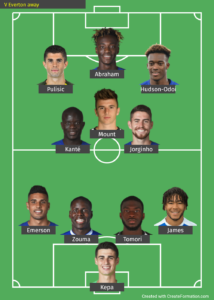