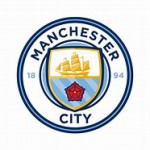 Today’s late game probably wouldn’t be the fixture we’d want straight after an international break, particularly with our opponents going into the break off the back of a pretty sound defeat to their title challengers but like it or not, we’re at the Etihad to take on Man City.

After the trouncing City dished out in this fixture last season, we couldn’t have predicted at the start of this season we’d start the game above them in the table, albeit by just a point. City have such an incredible resource available to them, it almost defies belief that a new young manager, with new young players (and no money allowed to burn a hole in his pocket just yet), could have squeezed themselves past the current Champions in the table. Maybe Pep underestimated City life without Vincent Kompany – Not just because they’re conceding more than you’d expect, but also the lack of leadership? We certainly struggled for quite some time after the departure of JT.

That’s not to say our new young manager and new young players have been solid from the off, we shipped our fair share of goals earlier in the season and might do so again today with our young players going up against players of City’s calibre. As long as we don’t let 6 in against us again though, the pressure is all on City. They must win to stop the gap between them and Liverpool from getting any wider. We’re not expected to win and outside of the most optimistic of Chelsea supporters, I’ve not heard anyone suggest that’s on the cards today.

I’m hoping for a learning curve rather than a downward trajectory here.

Going into today’s game, Manchester City manager Pep Guardiola, says “I think Chelsea, over many years, have been an incredible top team, but from the beginning (of this season) his team have played really good. He (Frank Lampard) is consistent with his ideas and the results are there. I’m happy for him.”

Chelsea boss Frank Lampard, meanwhile, says “I still see them as the same strength. I’ve watched them a lot this international break. They’ve had their injury problems but they are a great team and still as big a threat as they always have been. Anyone can go to Manchester City, play at their best and still lose so I won’t be making huge judgements win or lose.”

For Manchester City, Leroy Sane is out for a good while yet, Bernado Silva is suspended although Ederson (muscular) is expected to be back.

Kante, Jorginho, and Kovacic all to start – predicted Chelsea lineup, (4-3-3) against Man City
‘Very proud’, ‘Development is paramount’ – How some Chelsea fans reacted to defeat at Manchester City