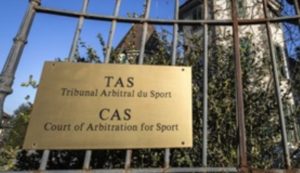 The long awaited appeal to CAS was completed yesterday. However, it will be some time before Chelsea know their fate.

The Blues were banned by FIFA from registering players for two-transfer windows earlier this year. An investigation by the world’s football governing body, found the club guilty of 150-rule breaches with regards to the signing of minors, involving 71-players.

Chelsea have strongly denied any rules have been broken, with their main argument being how what a ‘trialist’ is classed, and the fact FIFA don’t recognise youth league games as being competitive.

Chelsea have coped brilliantly, despite being unable to make any new signings last summer. Sitting third in the Premier League, the West-London club are also within reach of the last-16 of the Champions League.

The Blues also lost superstar Eden Hazard to a transfer to Real Madrid. They did make Mateo Kovacic’s move from the La Liga giant’s permanent, as he was already registered after last season’s loan move.

Despite the hearing concluding, The Blues are likely to have to wait until next month to hear their fate. The Guardian report the arbiters will deliberate, before deciding a final outcome.

If the appeal fails, Chelsea will have to wait until next summer to add to the current squad. In all fairness it wouldn’t be a big deal considering the start Frank Lampard has made with his crop of youngsters.

‘I will lose all respect for him’, He will always love Chelsea’ – How some fans have reacted to Jose Mourinho possibly becoming Tottenham boss
Kante, Jorginho, and Kovacic all to start – predicted Chelsea lineup, (4-3-3) against Man City