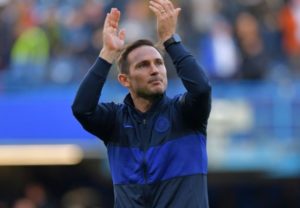 Chelsea are set to offer new long-term deals to four of their young stars, report The Metro.

Abraham has made a great start to the season. Scoring 11-goals in 16-appearances, the 22-year-old also netted his first goal for England in last week’s 7-0 win against Montenegro.

Fikayo Tomori started the season on the fringes of first-team action. However, the centre-back has stepped up and taken his chances with both hands, to make himself a regular starter for The Blues.

Reece James started the season on the treatment table after suffering injury whilst on England U-21 duty during the summer. A steady return to action has seen the 19-year-old make great strides with a fabulous equaliser in the epic 4-4 Champions League draw with Ajax. The former Wigan loanee, then put in a fine performance in a 2-0 victory against Crystal Palace.

Tino Anjorin is the least known of the quartet. The 17-year-old midfielder made his senior debut earlier this season, in the 7-1 Carabao Cup victory against Grimsby. The youngster has starred for the youth and under-23 squads, scoring in The Blues FA Youth Cup final victory in 2018.

Tying these players down to contracts is a must for Chelsea. Frank Lampard has a strong belief in using youth, so opportunities for first-team are aplenty. Abraham, Tomori, and James are already living the dream. It’s only a matter of time before Anjorin also states a claim.

That’s not forgetting the other youngsters in a similar position to him, Billy Gilmour and Marc Guehi. All three are on the fringes of the first-team having appeared this season. Looking at the lads that have come through to become regulars will act as huge catalyst to the trio having faith that they can emulate their predecessors.

Chelsea linked with Norwegian midfielder
‘I will lose all respect for him’, He will always love Chelsea’ – How some fans have reacted to Jose Mourinho possibly becoming Tottenham boss