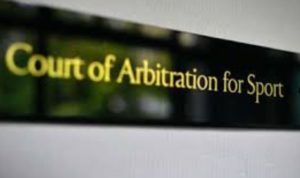 Now we’re a week into November, the January transfer rumours are starting to gather pace. It’s certainly been a big week for Chelsea as far as transfer news is concerned.

On Monday, news of an appeal date with regards to the club’s transfer ban being set, proved the catalyst to firing up the rumour mill.

A transfer kitty of £150m will be made available to Frank Lampard,  should the appeal be successful, was reported on Tuesday. The players Chelsea are chasing are Wilfried Zaha, Ben Chilwell, Moussa Dembele, Nathan Ake, and Jadon Sancho, according to The Telegraph.

Chilwell could be an answer to The Blues’ left back dilemma. Marcos Alonso’s days at Chelsea could be numbered with the Leicester City fullback an ideal replacement.

Timo Werner is another name associationed with Chelsea’s January transfer splurge. The Daily Express  reported the RB Leipzig striker has been a long-term Chelsea target. The highly sought-after 23-year-old would be a great squad addition, but do Chelsea really need him considering Tammy Abraham’s current form?

On Wednesday, The Metro reported of possible departures from Stamford Bridge. The article suggests both Pedro and Olivier Giroud could be on their way out during the upcoming window. Neither have figured much this season, and as both are entering the twilight of their careers, it’s certainly a possibility.

Many transfer rumours are very hit and miss. Even more so as Chelsea’s participation in the January window is still hypothetical until the CAS appeal on 20th November.

Either way, it’s already an exciting time to be a Chelsea fan, and that could well become even more exciting if Chelsea were to make a couple of additions to the squad in the new year.

‘I am loving it, ‘everyone knows how I feel about the club’ – Frank Lampard speaks about life as Chelsea boss
Kante back, James to start, Predicted Chelsea lineup, (4-2-3-1) against Crystal Palace