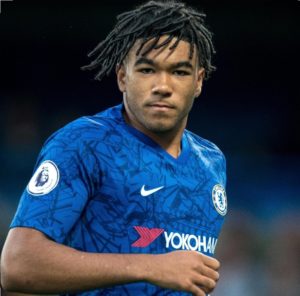 Chelsea fans were out in force to praise the youngster who salvaged a point, in what was a dramatic night at Stamford Bridge.

The Blues trailed 3-1 at half-time, when the 19-year-old entered the action in place of Marcos Alonso. Little did fans know that half an hour later, James would prove the hero with The Blues coming back from 4-1 down to draw 4-4, thanks to an equaliser from the Chelsea prodigy. Doing so put James in the record books as The Blues’ youngest ever Champions League goalscorer.

The academy graduate is one of a group of youngsters making their mark at Stamford Bridge this season. Mason Mount, Tammy Abraham, and Fikayo Tomori are already first-team regulars following loan moves away to further their careers, and gain experience.

Like the aforementioned, James has been at Chelsea from a young age, joining The Blues at the age of just six.

He is already a winner having captained the youth team to FA Cup success in 2018. Also scooping the accolade of academy player of the season during the same campaign.

Last season the Redbridge-born defender spent a season on loan  in the Championship with Wigan Athletic. Whilst at the DW Stadium, James was named The Latics’ player of the season.

The Greater Manchester club wasted no time in recognising James’ goal last night by congratulating him via social media.

☺️ A year ago yesterday his first league goal…

? Now off the mark in the @ChampionsLeague!

Chelsea fans were also full of praise for the 19-year-old’s contribution.

This is a 19 year old that looks like a seasoned veteran. James has to start games now. pic.twitter.com/4pmWZNy3wa

What a performance from Reece James when he came on at half-time.

Reece James might just have pushed his name to the front of the queue for more game time though. Excellent cameo. Looks comfy at this level.

1. Tammy needs competition.
2. Mount needs Ruben on his back.
3. Reece James – Remember the name.
4. Kovacic is a prodigy.
5. Frank Lampard's Chelsea has character.
6. Zouma bleeds blue.
7. Promes needs to be signed as the Pedro replacement.

James looks to have a bright future ahead of him. Having missed the start of season due an ankle ligament injury sustained on international duty, the youngster is now starting to show the incredible ability he has. Strong, powerful, good in a tackle, and an ability to get forward are all traits that can be attributed to the right-back.

James is another part of the jigsaw of what is fast becoming a youth revolution under Frank Lampard at Stamford Bridge. Long may it continue.

‘Emotional rollercoaster’ – How some Chelsea fans reacted to night of high drama at Stamford Bridge
‘I am loving it, ‘everyone knows how I feel about the club’ – Frank Lampard speaks about life as Chelsea boss