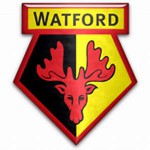 Our run of 7 wins came to a disappointing end against United midweek. Fortunately, it was only the Carabao Cup but still an irritation to lose after so many inspiring performances, and to lose to a pretty poor United side as well. Still, Frank rang the changes – as he’s perfectly entitled to do in cup games – but I would expect to see us back to a more recognisable starting XI in today’s late game, or as close to recognisable as we can get with injuries ongoing.

Today’s late game sees us face a Watford side who haven’t had a win in the league, so you can bank on them looking for a scalp. Whilst they had a pretty torrid time defensively in the early part of the season though, they’ve conceded just one goal in their last three games, so we’ll have our work cut out breaking them down this evening – and we’ll need to perform a lot better than we did in Wednesday’s cup game as well.

Going into today’s game, Watford head coach Quique Sanchez Flores says, “We need to talk about the solutions. The players who are not really ready right now, they’re not the solutions. I love Troy Deeney, all of you know how is my relationship with Deeney, he helps the team when he’s on the pitch, but right now he’s not here, so it’s not a solution for me.”

Chelsea boss Frank Lampard meanwhile, says “We saw what they (Watford) did last year, getting big results and regularly being a very strong team and making the FA Cup final. We cannot underestimate the team; they will be hurting because they haven’t won for a while, and will have every ambition to try and win this game, so I certainly have even more focus on what we need to do.”