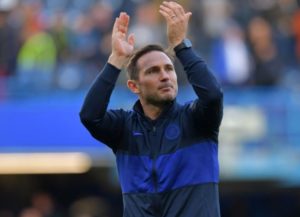 Frank Lampard has been shortlisted for October’s Premier League manager of the month accolade, after managing The Blues to a 100% record.

Chelsea have made a fabulous start since The Blues legend took over the Stamford Bridge hot-seat last summer. Despite a transfer embargo, and the sale of talisman Eden Hazard, the West-London club currently sit 4th in the premier league table with 10 games played.

Level on points with 3rd-placed Leicester, only two points behind title holders, Manchester City, and eight points behind leaders Liverpool.

It has been a start beyond expectations as Lampard puts his faith in Chelsea’s impressive collection of young players.

October saw the best month so far for The Blues with three wins out of three in Premier League action.

The month started with a convincing 4-1 victory away to Southampton. That win was followed up with another three points in a close fought battle with Newcastle United. Chelsea running out 1-0 winners thanks to a Marcos Alonso goal. October’s Premier League action ended with a 4-2 at Turf Moor last weekend. A game that saw Christian Pulisic announce himself on the Premier League stage with a perfect hat-trick. 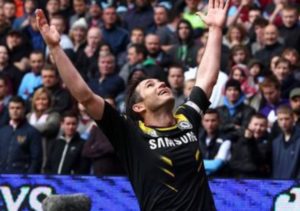 Chelsea’s all-time top goalscorer, will hoping to add a managers award to the  four monthly awards he recieved as a player at Stamford Bridge.

Other managers shortlisted for the award are: Jurgen Klopp, Graham Potter, Brendan Rodgers and Dean Smith.

Vote for manager of the month

Votes close on Monday 4th November at 6pm (GMT). The winner will be announced on Friday 8th November