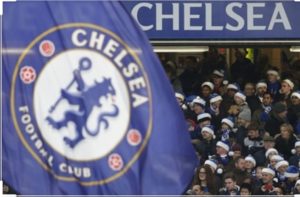 The catalogue of rules Chelsea breached have been released by FIFA. The Blues were originally found guilty  last February over the signing of minors. In May, following an appeal hearing,  FIFA upheld their findings, stating the club would be banned from signing players for the following two transfer windows. Also imposing a fine of £470,000.

In total, FIFA found there were 150 breaches committed by Chelsea. With 71 players involved over a 10-year-period. Chelsea had argued at the appeal that many were classed as trialists, and  therefore didn’t breach any rules. Another part of The Blues defence was the fact Premier League Academy games are not classed as competitive matches by FIFA.

Chelsea are still looking into a further appeal by the case being heard by CAS (Court of arbitration for sport). However, no date has yet been set for any action to take place.

FIFA rules are extremely strict when it comes to the signing of minors. A player must be at least 16-years-old  to move to another club within the EU. For those outside of the EU the player must be 18-years-old or over to complete a transfer.

As it has turned out, the ban has been a blessing for the younger generation at Stamford Bridge. With Frank Lampard installed as manager, young stars are now finding a route into the first-team. Tammy Abraham, Mason Mount and Fikayo Tomori have all become regulars under The Blues legend

Other youngster a such as Reece James, Marc Guehi and Billy Gilmour have also seen first-team football. Gilmour is actually thought to be one of 27 players signed from overseas that breached the rules. The Scot officially signed shortly after his 16th birthday, but had appeared for Chelsea at youth level on a trial basis.

Whether The Blues will continue to appeal the sanctions through CAS remains to be seen. With the January transfer window fast approaching, and no news on an appeal date. It does ask the question as to whether there is really any point?

Chelsea have made a better start to the season than many predicted. Although some areas of the squad could be improved. Those returning from injury will further strengthen the ranks at Stamford Bridge.