Is the Chelsea Job Too Big for Frank Lampard? 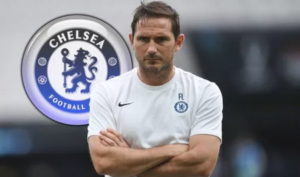 Frank Lampard has looked down the barrel of defeat for the second time in his first week as Chelsea manager. Reds goalkeeper Adrian was the hero of the night after saving Tammy Abraham’s weak penalty in the UEFA Super Cup in Istanbul.

It’s not all doom and gloom for the West London club, as Lampard fielded a more experienced side which looked promising compared the greenhorns he unleashed in his first Premier League game against United, which the ex-Chelsea midfielder experienced a 4-0 drubbing.

Many managers with an excellent reputation have come and gone from Stamford Bridge this century. Jose Mourinho has made history in the most significant way, with embittered departures ending both of his spells at the club.

Dick Advocaat, Luis Felipe Scolari, Rafael Benitez and Claudio Ranieri have also left on a sour note, and even a cult icon of the club, the Champions League-masterminding Roberto Di Matteo has seen a spell at the club quashed in no time at all.

The question, of course, is how newcomer Frank Lampard can avoid this fate, despite being very inexperienced, and forcibly unable to make any new additions to the Chelsea squad.

A Victim of Circumstance?

While not everyone has received a patented ‘Abramovich P45’, the fact that said club owner has paid out nearly £100m in compensation for sacked managers over the last 15 years speaks volumes. With Eden Hazard also departing for a huge sum that Lampard may ultimately never get to spend, there is far more working against the former midfield colossus than there is in his favour.

With Lampard being of a different nationality, and far younger than his predecessor Maurizio Sarri, his interpersonal skills, vision for the club and tactical philosophy are yet to be fully accounted for. While he may be a breath of fresh air, Lampard could just as easily be remembered as a man who sacrificed defensive steel for attacking flair, negotiating a crowd that rightly demands progressive play – all the while doing so under Abramovich’s watchful eye.

Having been earmarked for the Chelsea job long before his appointment, Lampard will at least know just how quickly Chelsea’s element of surprise can fade with time. At the start of last season, it appeared that ‘Sarri-ball” would take Chelsea back to the top, with the Blues winning their first five games in the Premier League under the Italian.

Solid workers like N’Golo Kante, and diamond visionaries like Jorginho, initially adapted well to Sarri’s persistence in a 4-3-3 formation. With the team also dominating their Europa League group as autumn wore on, it seemed as though Sarri had found the winning formula that had evaded his own predecessor in the 2017/18 campaign.

By the end of the 2018/19 season, however, it was an entirely different story, with several damning statistics reflecting the disappointingly short shelf life of Sarri’s tactics. Standing prominently amongst those statistics was the fact that Chelsea had recovered just two points (out of a possible nine) from the last three occasions they had conceded first in a PL match on home turf, prior to their final home match of the season against Watford.

Chelsea’s away form, however, was nothing short of laughable in the second half of 2018/19. Indeed, ahead of their visit to Old Trafford in late April, Chelsea were without a single point – or even a goal – on the road in 2019, if counting only league visits to those that did not end up relegated. All of those defeats had also come by a margin of multiple goals.

What can Lampard do?

It is not often that a Chelsea manager walks away from life at Stamford Bridge with his head high, having departed on his own terms. As such, those that follow the latest sports spread betting news will see a lot of Lampard in the coming months, especially if the start ot 2019/20 proves to be a rough one.

The Chelsea job, unfortunately, now has a reputation, and bad omens tend to follow this particular employer around. Chelsea undeniably have what the fans like to call a ‘chopping block culture’, which has become all the more prevalent since Abramovich purchased the club in 2003.

At first, he will likely feel duty-bound to stick with the 4-3-3 formation championed by his predecessor. However, something different will be needed if Chelsea are to remain a Champions League club in 2020.

Exactly how he could best inject a differential element into a battle-worn formation is largely down to opinion. One option would be to consider giving Willian and Pedro the sort of free reign they enjoyed in the blistering 2016/17 campaign under Antonio Conte, but whatever Lampard does, he will be subject to immense pressure.

Regardless of which way this goes, however, Lampard will always command the respect of the Stamford Bridge faithful, and it will not be his only chance in a lifetime to deliver on the touchline at the highest level.

‘Top player’, ‘Our future captain’ – some Chelsea fans are pleased with new deal for 23-year-old midfielder
Linked with a move away, now nominated for Premier League player of the month