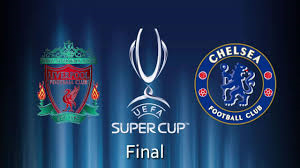 Since the start of the 2000s, tonight’s game will be the 60th meeting between Chelsea and Liverpool in all competitions. But whilst we’d have been pretty sure of ourselves up against Liverpool previously – and most other sides since Roman’s arrival to be honest – these are changing times. Liverpool are very much in the ascendency now, whilst we are very much in transition.

Many of us will have welcomed an hour’s worth of the football under Frank Lampard in our first Premier League game of the season but the fragility of our defence was only underlined by Azpilcueta’s inability to get his head up after conceding the 2nd goal, quick enough to avoid conceding the 3rd. And if even our most experienced defender is struggling, Lampard might have to forget parking the bus and pull in a favour from National Rail to protect Kepa in the coming weeks.

Liverpool meanwhile look like they’ve picked up where they left off last season and you’d have to assume we’re in for a turbulent night.

Going into tonight’s game, Chelsea boss Frank Lampard says “I’m optimistic because I believe in the players, In terms of the defeat {at Old Trafford] I think you always learn as a manager. The clear lesson for everyone was if you make defensive errors against good teams it will cost you. The second message to the players was they did so many good things in the game, in terms of how we played in the game – if you take out the mistakes for the goals there were lots of good things.

It means a lot to the club, I know that because I lost two finals. I understand the feeling of when you work hard to get into this game, that you give your all to try to win it. It’s another trophy for the club and will give us a feeling that if we can beat Liverpool and win a cup, we can go on from there.”

Liverpool manager Jurgen Klopp meanwhile, says “If people think Chelsea aren’t a challenge then I can’t help these people. They are really strong and young and fresh and everything is exciting because Frank, a club legend, is new at the club and will want to make a name for himself as Chelsea manager. It will be really interesting and it’s a really important game. I know about the special importance and what a special place Istanbul is for every Liverpool supporter. Nobody will forget 2005, but we are different people, a team from 2019-20 and a pretty good one as well. Istanbul is always good place to play football.

The Super Cup itself is not a cup that I’ve really loved to watch in the past. The Super Cup is the final proof; if you are not in that game, it means you didn’t win the final. That’s completely different this year, so we’re looking forward to it. It’s a big one.”

For Chelsea, Ruben Loftus-Cheek and Callum Hudson-Odoi (both Achilles) both remain out although Willian (hamstring) and Rudiger (knee) return although are likely to start on the bench. N’Golo Kante is a doubt.

For Liverpool, Nathaniel Clyne (knee) is out long term and Alisson (calf) is out for ‘a few weeks’ after an injury in the first game of the season against Norwich. Naby Keita is a doubt and Dejan Lovren has not travelled due to ‘illness’.