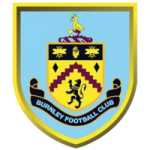 There’s been plenty of seasons gone by where, going into the final few games level on points with fourth place, I’d have thought we were in with a good shout of making the Champions League places, but in seasons past we were a different prospect. Some of that is down to manager’s but whilst we’ve had much better motivators over the years, I’m not going to pick up the Sarri stick to beat us with (he can do that without my help). For me, the reason we probably won’t fall at the final hurdle this season is because we’ll have already gone under it like your dad doing the most embarrassing limbo after his first ever Jaeger-bomb.

So much doom and gloom in one season I know, but whilst Spurs, United and Arsenal all made a complete hash of their opportunities to bag points at the weekend, it’s almost a foregone conclusion we’ll follow suit because we just don’t have the attention span to think about the bigger picture this season. Besides, after all that effort in the first 45 minutes of a game, its not as if anyone’s going to get on the players’ case to keep it going in the second half is it? There’s not a single leader on the pitch (because a leader needs a ‘team’ to lead to start with) and off the pitch, the ‘leader’ spends the first 15 minutes after the break in head-rush mode from the nicotine consumed at half-time.

Tonight’s opposition, having beaten us in this fixture last season, come into this game with three straight wins under their belt. Chelsea meanwhile, lost last time out in the League to Liverpool and almost threw away what looked an almost laughable lead against Slavia Prague midweek. We’ll struggle to progress any further in that competition on that sort of showing, so our only guarantee of Champions League football next season would be through a top four finish.

Chelsea head coach Maurizio Sarri “The last four or five matches will be difficult for every team involved in fighting for the top four, not only for us. So we can see some very strange results in the last part of the season. We are going to fight and see at the end.”

Burnley manager Sean Dyche meanwhile, says “Ideally, we want to take care of ourselves. That’s what we’ve done historically. That’s our mindset. It’s not done until it’s done, but we are on a good run of three wins, very important wins, and good performances that have backed those up.”

For Chelsea, Antonio Rudiger (knee) is expected to miss out again and Marcos Alonso is also carrying a knock but Eden Hazard should be fit despite having lumps kicked out of him by Slavia Prague a few days ago.

For Burnley, Peter Crouch, Aaron Lennon and Steven Defour remain sidelined and Phil Bardsley faces a late test after threatening the end of his season for a game of ping-pong.