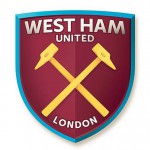 Exactly a year to the day we last played West Ham at home in the Premier League, tonight we do it again.

Surprisingly, we’re six points better off at this stage of the season than we were under Antonio Conte this time last year, but it certainly doesn’t feel as if there’s been any improvement. After relentlessly picking the same starting XI and following that up with the same substitutions for what’s felt an eternity of mind-numbingly dull performances, against Brighton midweek, Sarri finally picked the side we’ve been pleading for and got himself a stay of execution – the question is, was that a one-off?

Tonight’s visitors come into the game off the back of a defeat, but they’ve also improved on last season, with the same points now as they finished with in May. If you believe in patterns, they’re due a win today despite last winning here 17 years ago. If you’re more a Groundhog Day type, that doesn’t inspire much either.

Going into today’s game, Chelsea head coach Maurizio Sarri says “I think the last part of the season will be really very difficult for every team. We have only to fight and to think about our matches, and then I think we have to fight until the last minutes of the last match. But without looking at the other results, I think.”

West Ham manager Manuel Pellegrini meanwhile, says “Maurizio is just starting his first season here in England. It is not easy to come to the Premier League, you must know a lot of things. He is maybe part of the reason they were playing very well and now that they have a couple of bad results you cannot not trust in all that he is doing.  He is a very good manager. He demonstrated that at another team so I hope that he will finish this season in a good position for Chelsea.”

For Chelsea, Ethan Ampadu (back), is out and Marco Alonso (hamstring) and Ruben Loftus-Cheek (back) face fitness tests but Pedro is expected to be fit. Gonzalo Higuain, Willian and Ross Barkley could return, so we’ll have to see where that leaves Callum Hudson-Odoi after his impressive start against Brighton.

For West Ham, Carroll, Sanchez, Yarmolenko, Wilshere and Reid all remain out, Samir Nasri and Ryan Fredericks are said to be ‘ok’, whilst Felipe Anderson (ankle) is set to make a first appearance since mid-March following an ankle problem.