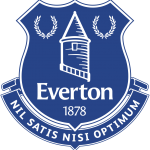 After a decent result in Europe midweek against slightly less decent opposition, this afternoon it’s a trip to Liverpool for Chelsea to face Everton in the Premier League.

The Toffees have lost four of their last six at home and come into this game off the back of a defeat away to Newcastle last weekend. They did hold Liverpool to a 0-0 draw before that though, and we know they’ll be capable of at least that against us.

Europe aside, we only managed to scrape a draw against Wolves in the Premier League last weekend, with Eden Hazard’s late equaliser pinching a point that did little to calm the brewing Stamford Bridge storm. In true Chelsea fashion, we had the opportunity to make up ground after Spurs’ defeat to Southampton and our failure to do so, went down as well as a warm pint on a hot day.

Sarri was less than complimentary about the opposition after the game but to be fair to the Wolves boss, his tactics were more successful than his counterpart on the day. It won’t have gone unnoticed we always struggle to break down these sort of sides and we’re susceptible to a counter-attack. Everton are likely to offer a similar sort of challenge, so if Sarri hasn’t prepared for more of the same this week, the brewing storm is bound to break.

Going into today’s game, Everton manager Marco Silva says “They are really strong in that front line, and in the middle zone also.  But they are here playing at Goodison – if you have achieved a good result against them away, maybe with confidence we can achieve better at home.”

Chelsea head coach Maurizio Sarri meanwhile, says “In my opinion, Everton, outside the top six, are the best team in the Premier League in terms of technical quality.  So we have to play a very important match, and a very difficult game.”

For Everton, Phil Jagielka is a doubt and Kurt Zouma is ineligible against us. Leighton Baines (back) and Seamus Coleman (illness) are both available again.

For Chelsea, Gonzalo Higuain (illness) could be available and Maurizio Sarri doesn’t have any new injury concerns.