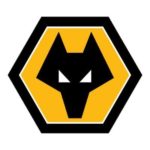 After a decent 3-0 win against Dynamo Kiev midweek, we could be forgiven for thinking everything in the Stamford Bridge garden was rosie again. It was certainly a comfortable enough win in Europe off the back of wins over Spurs and Fulham in the league as well, but I still think we should hold off a bit with the party poppers.

Call me a pessimist (I prefer realist) but if we’re honest with ourselves, whilst the win against Spurs was a spot-on outstanding ‘team’ performance, the win against Fulham was a little less conclusive and Dynamo didn’t even offer an arm-wrestle, much less a fight.

Today’s game though, sees us play host to a Wolves side who’ve not only beaten us once already in December, they’re also unbeaten in their five league matches played in London this season and have taken more points from the established top six than any of the other 14 sides in the Premier League.

Whether we come up smelling of roses or the stuff they grow them in, might depend on how carried away the players have let themselves get with a couple of results and whether any changes Sarri makes are made with enough respect to today’s opposition.

Chelsea head coach Maurizio Sarri says “I think we can gain the spot in the Champions League in the Premier League.  We are fighting. We are only two points away, at the moment, and have to play one match in hand.”

Wolves head coach Nuno Espirito Santo meanwhile, says “[December’s win over Chelsea] was a very important moment because it ended a very bad moment, a bad run we had. It was a turning point in the competition but we know there are always ups and downs.  When you have something that doesn’t work out, it’s about bouncing back and recovering and returning to these standards again.  We made those against Cardiff after a bad performance, so let’s sustain that consistency and challenge ourselves on Sunday.”

For Chelsea, there are no new injury worries but Sarri might again rotate a few players after Hazard, Kante, Azpilicueta and Rudiger were rested for the win in Europe midweek.

For Wolves, Ryan Bennett is suspended although Rui Patricio returns in goal,