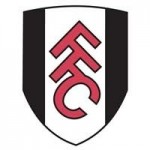 After a win last time out against Spurs, today’s game sees us make the short trip to our manager-less neighbours. With Claudio Ranieri sacked by Fulham after their defeat to Southampton midweek, Scott Parker takes up the caretaker position for our visit this afternoon.

The last time we went to Fulham in the Premier League, Andre Schurrle scored us a hattrick in a 3-1 win. He may or may not play this afternoon, but if he does, we won’t want to see him score any this time round.

Fulham have been woeful before today but these early games under new leadership are always dodgy, add to that our visit being the only positive they could possibly get from this season and we’d better hope Sarri’s proposed ‘changes’ don’t come without some form of risk assessment. The Chelsea coach is far from out of the woods.

Fulham caretaker manager Scott Parker says “It’s mixed emotions, what with sitting where we are in the league and Claudio losing his job.  But the flip-side is one of excitement. I appreciate the opportunity and I’m really looking forward to it.  It’s definitely an audition. On a personal note this is something I started working towards seven years ago when I was a Spurs player.  I’ve got an ambition to be a manager. My main focus at this moment in time is getting the team together, finding some stability.”

Chelsea head coach Maurizio Sarri meanwhile, says on Fulham’s current situation “Usually, when there is a change of coach, there is a reaction. So we have to front the reaction. Then it’s difficult for us to prepare the match to know their new systems and ideas.” Whilst on our own squad, says “We need to value the recovery because we ran for 15 kilometres on Sunday on average (per player) and the average of the last match was 12. So we need to consider that. I need to value the recovery of every single player and then we have to decide. But of course I think we need to change three or four players. I don’t know how many, but we need to change some.”

For Fulham, Alfie Mawson and Marcus Bettinelli remain out, whilst Andre Schurrle is doubtful due to illness.

For Chelsea, Maurizio Sarri has no new injuries although says he is likely to make changes following a tough couple of games.