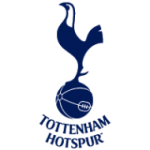 We’ve hardly had time to get over the madness of the Carabao Cup Final against City and it’s back to the Premier League tonight and a visit from Tottenham.

The weekend’s game showcased the best (and possibly the worst) of us so far under Maurizio Sarri, with some much needed changes in both the system and personnel, giving Manchester City a much tighter game than any of us could have expected after the 6-0 thumping a fortnight earlier. More than that though, was the surprising but welcome emergence of some conviction from the players, even if Kepa’s demonstration of this was a little too exuberant!

Back to the Premier League, our last outing was that battering from City and we currently sit 6th in the table. Spurs meanwhile, also lost last time out in the league, with a defeat to Burnley at the weekend which should see off any aspirations they might have had to catch the top two.

They beat us in this fixture last season and the pressure is off them now, with only a top four place to play for, so there won’t be any caution about their game. Over at Stamford Bridge though, the pressure remains firmly on Maurizio Sarri, so whether he’s learned from the changes on Sunday or reverts to type here, could be the deciding factor in his Chelsea tenure.

Going into tonight’s game, Chelsea head coach Maurizio Sarri, when questioned on his future, says “You have to ask the club. I cannot understand why you ask me this kind of question. You know very well I am not able to answer. If you want to know my opinion, I am not under pressure. Or, better, every three or four months you are under pressure, and I’ve been doing this job for 35 years. So for me, the pressure is a normal pressure. I want to win every match.” Whilst on whether or not his authority had been undermined, he says “Did you see the match on Sunday? So you have the answer. After the game is the same. No, I think better.”

Tottenham manager Mauricio Pochettino meanwhile, says “We are going to play a very good team with an amazing squad and players, capable to play and of course I don’t think they are going to be tired or in a different way. It’s going to be a tough game and they are going to be good because it’s a derby and in front of their fans. For sure it’s such an important game for them too.”

For Chelsea, we don’t seem to have any new injury worries, although it’d be hard to know for sure given squad focus everywhere you read, seems to focus solely on whether or not Kepa will play.

For Tottenham, Eric Dier (tonsillitis) and Dele Alli (hamstring) remain out but we’ll have all heard the fanfare and know Kane made his return to their starting XI.