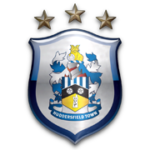 Quite how the players will respond to that embarrassment, or the 50 minute lecture they got from Sarri after it, is anyone’s guess. As for Sarri, he’s been quite clear there’s no Plan B and he sees no need for one, so he’s clearly seeing something we’re not because most of us would suggest drastic change is called for.

Huddersfield are bottom of the league and have lost 10 of their last 11 league games, but Bournemouth weren’t exactly on a run of form when they hammered us midweek either – and they managed a draw in this fixture in May, so any thoughts of us romping this one might be misplaced.

Losing this one is almost unthinkable though – almost.

Huddersfield Town head coach Jan Siewert meanwhile, says “There is never a good time [to play Chelsea] – this is just the task we are given.  For me it was the possibility to observe Chelsea [in midweek], so I know the situation and I know they have difficulties.  I saw some situations in which they were vulnerable, but to be honest it will be a totally different game. I know Maurizio Sarri is a fantastic manager and we have to face everything which they give us.”

For Chelsea, Gonzalo Higuain (back) faces a late fitness test so we could end up reverting to Sarri’s favoured false nine if that doesn’t go well.

For Huddersfield, Philip Billing (knee) returns and new signing Karlan Grant could make his debut. Aaron Mooy is available after his return as a substitute midweek.