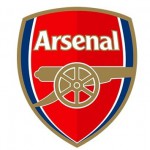 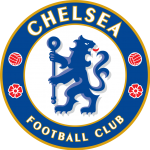 Today’s late kick-off sees us make the trip to the Emirates, in a game that’s hard to call given neither of us are in the best place to start with.

Arsenal come into this game off the back of a defeat to West Ham, and whilst we beat Newcastle last time out, we made hard work of it again. Arsenal have a dodgy defence but whilst that should be a right bonus, we don’t exactly have much in attack to take advantage, particularly with Eden Hazard shackled as the false nine. We have the odd goal in us here and there but seem to fade almost as soon as the ball is in the net.

We can go from showing a spark of promise to looking ordinary at best within minutes, and with Cesc gone and CHO used for a 10 minute cameo if we’re lucky, all too often it looks like Sarri is happy for us to plod along in third gear. We’ve just about got away with that against sides like Newcastle but Arsenal are unlikely to play the same way against us as they did against West Ham and our defence will struggle to contain the likes of Aubameyang. So whilst on paper we have a decent record against Arsenal, the reality is we don’t have any players who understand the importance of those sort of records, or the passion to hold onto them.

One stat from today that might be particularly telling in terms of where both clubs are right now could be the number of cards dished out. This fixture in the Premier League has produced 13 red cards between us, so the level of cards today might be enough to tell us whether these players are really up for the fight or whether our only battle this season will be for fifth place.

Going into today’s game, Arsenal head coach Unai Emery says “It’s very special, each match in the Emirates. A tough match but if we play with our big performance, organisation, we can win. It’s difficult. It’s a test.  We can be how we are. At the beginning of the season we played against them and now in matchday 23 we are going to play against them. It’s a good moment and a very good test.”

Chelsea head coach Maurizio Sarri meanwhile, says “This match for us is a risk and an opportunity. They’re really a very good team. [In] the offensive phase they are one of the best teams in the Premier League. We can be dangerous against these opponents, but we have to stay on the match. We have to defend with a very high level of application and attention for 95 minutes.”

For Arsenal, Henrikh Mkhitaryan (foot) misses out, although Hector Bellerin and Nacho Monreal could both start, whilst Mesut Ozil will also be hoping for a recall after being left out at West Ham.

For Chelsea, Ruben Loftus-Cheek (back) remains out and Alvaro Morata is unlikely to get a game now he’s linked to a move in this window. With Giroud (ankle) also a doubt, Sarri is likely to go with the false nine yet again!