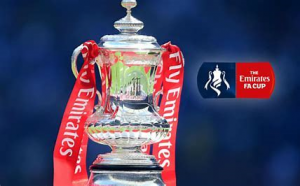 This preview should probably come with a government anti-football warning but in the absence of one, here it comes.

Today’s final game of what has felt an extremely long season marks the third FA Cup final between Chelsea and Manchester United. It’s one win each so far but I don’t think I could feel less enthusiastic about it if I tried.

We’ve both been pretty awful this season, them marginally less so than us and despite many Chelsea supporters convincing themselves we’ll somehow raise our game today, I personally think they’re kidding themselves. Despite an outside chance of a Champions League place, in their final 2 games of the Premier League this season, our players failed to find as much as an ounce of motivation to push themselves. As for Antonio Conte, the same manager who leapt his way up and down the touchline to a debut season title, has managed this season with a frown on his face and lead boots on his feet, such has been the transformation.

Going into today’s game, I’m not sure whether it’s Conte’s attempts at humour that have worried me, or his insisted commitment to his contract. As for our former manager, his best attempts to publicly shrug off today’s game as a mark of his season are unlikely to fool anyone outside of the most naïve. Personally, I care as little for either manager now as I do for the current crop of players who I suspect, will go out on the Wembley pitch this evening and demonstrate exactly why my lack of faith is justified.

Chelsea head coach Antonio Conte: “I can say for sure this will be my last match this season. Then, as you know very well, I have a contract and I’m committed to the club. I think we must be focused on tomorrow’s game. For us this game is very important because we have in a difficult season (the chance) to finish the season with a trophy. We have to try to do everything to win the game.”

Manchester United manager Jose Mourinho, meanwhile, says “Of course it makes a difference, but it’s one thing to make a difference and the other is to consider the season good or bad because of one match. I analyse the work I do, the effort I put in, and everything we all did at the club. I’m not going to analyse them because of one – of course very important – match.”

For Chelsea, Emerson is unavailable through injury and David Luiz (knee) and Ethan Ampadu (ankle) also remain out.

~ Chelsea and United have met in the FA Cup final on two previous occasions:

~ This is the eighth meeting in all competitions between these sides at Wembley.

~ Chelsea are appearing in their 13th FA Cup final

~ An eighth victory today would take Chelsea joint third on the all-time list with Tottenham.

~ United are appearing in their 20th final.

~ A win for United would see them equal Arsenal’s record tally (13).

~ United have conceded just one goal in the competition this season.

Chelsea bid to send Conte out on a high against Man Utd
Is Callum Hudson-Odoi ready for starting place at Chelsea?