Winger Kenedy’s loan move to Newcastle United is panning out very well indeed. Since moving to St. James’ Park inin January, he has started every one of their eight Premier League games, recording 2 goals and 2 assists thus far. His best performance came last month at home against Southamptin, where he scored a brace that included a truly wonderful solo effort. He alss set up a late winner for Ayoze Perez against Huddersfield two weeks ago. The Magpies are on a run of 3 successive wins, and have climbed up to 10th in the table. 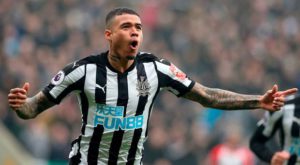 His efforts have caught the eye of two European juggernauts in particular. According to Sky Sports, Bayern Munich and Paris Saint-Germain could be interested in signing him this summer, if we are willing to sell. A whole host of Premier League clubs are also reportedly courting the 22 year-old.

Signed from Fluminense in 2015, Kenedy was given his chance in the first-year by Jose Mourinho. Despite traditionally being a winger, he was deployed as a left-back. He went on to make 20 appearances in all competitions and scored 2 goals.

Under Antonio Conte, his opportunities have been restricted to cup games. Despite impressing in quite a few of these, he hasn’t won the Italian’s confidence to displace Marcos Alonso at left wing-back. His blistering pace and crossing ability should ideally make him well-suited for the role, but Conte has had other ideas. 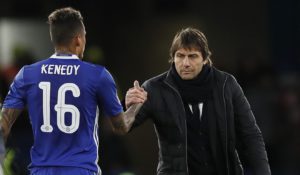 According to the report, no formal bid has been submitted by any club yet, and Kenedy could wait to stick around and see who our next manager is, before choosing to look for pastures new.

We’ve seen the likes of Mohamed Salah, Kevin De Bruyne and Romelu Lukaku flourish elsewhere, after we’ve deemed them “not good enough”. Could Kenedy be a similar case? Judging by his performances for Newcastle thus far, and considering the fact that Bayern are looking at him as a replacement for Arjen Robben or Franck Ribery, he very well could be.