5 players we need to replace this summer

There is a lot of deadwood in the current squad, and if we really want to elevate ourselves to being one of the top clubs in Europe, we need a re-haul soon. The last summer transfer window was pretty disappointing, as instead of signing top-quality players, we ended up spending on above-average ones who are only good enough to be squad players at best. Incredibly, we actually splashed more cash than Manchester United, whose performances have been criticised for not doing justice to the money spent. Our case is even worse. We are neither spending on the right players, nor promoting our talented youth. It’s a double-edged sword which is taking the club nowhere.

The following are 5 players that need to be replaced next season. 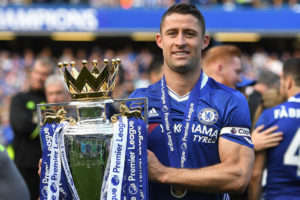 Cahill’s form over the last couple of seasons has dipped like a stone. The system with three defenders at the back requires a lot of positional sense and awareness, along with the ability to play the ball out of defence at times. While Cahill can be at the right place at the right time on occasion, his lack of pace has been targeted successfully by opponents again and again this season. After being given the captain’s armband following John Terry’s departure, despite a poor start, he was given a prolonged period in the side, but there were no improvements. He has now dropped to the bench, with Cesar Azpilicueta taking over the captaincy. He was also dropped for England’s recent friendlies, but should go to the World Cup.

We need to make an impact signing here, and even though Azpilicueta, Andreas Christensen and Antonio Rudiger have done well together, recent defensive performances show that improvements will certainly be welcome. Tottenham’s Toby Alderweireld has been one of the best centre-backs in the Premier League in the last couple of seasons, and is set to be available this summer. He will cost £44 million, but could certainly be worth a shot.

Cahill will go down as a Chelsea legend, making almost 275 appearances for the club and winning everything there is to win. 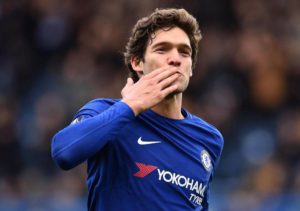 A lot of fans love Marcos Alonso, and with good reason. He has a cheerful and pleasing personality, puts in a shift every game and scores a lot of spectacular, important goals. Unfortunately though, he is not that good at his main job i.e. defending. Alonso’s lack of pace makes our left-hand side a big weakness in every game. He tries his best to get back, but faster, more skillful players have no problems whatsoever in getting past him. The Spaniard has been a great servant to the club in the last two seasons, but can’t continue to be our first-choice left wing-back if we truly want to go to the next level.

We tried our best to sign Alex Sandro from Juventus last summer, but the Old Lady demanded a ridiculous amount of money. A much cheaper and home-grown alternative who could be available this summer is Manchester United’s Luke Shaw, who has been humiliatingly ostracised by Jose Mourinho recently. Also, he’s a self-admitted Chelsea fan and it shouldn’t take much to prise him away to Stamford Bridge. 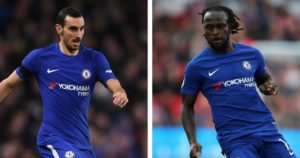 If the defensive side of our left-hand side is shambolic, the attacking side on our right is just the same. Moses has been very solid at the back but for an ex-winger, his contributions to our attacks has been pretty average. Again, he has been a very important part of Antonio Conte’s unit in the last two years, but needs to be replaced with a more quality player.

I’m not sure what the club was trying to achieve by spending over £20 million on Zappacosta, who nobody had even heard before Transfer Deadline Day. The Italian is an improvement on Moses in an attacking sense, but is nowhere near solid enough to replace the Nigerian. His time has been restricted to appearances off the bench. This was the perfect example of us spending on players not good enough to start regularly, while also hindering our young starlets’ entry into the starting XI. Couldn’t Ola Aina or Dujon Sterling played the role Zappacosta has this season? I’m pretty sure they could have, if given the opportunity. 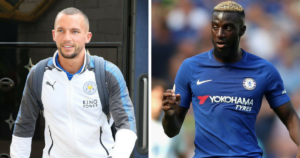 It pains me to this day that we spent over £70 million combined to bring Bakayoko and Drinkwater to the club. The former was a gamble, and did play well for Monaco last season, but we all knew how limited Drinkwater’s abilities were. Cesc Fabregas cannot be a regular starter in the 3-4-3 system, as he simply does not offer that level of running and solidarity to make a two-man pivot tick in modern football, when most teams play three in central midfield. The signing of Ross Barkley from Everton in January was a brilliant one, but as I’ve said earlier, Conte needs to start playing him in his right position. If he can get going and stay injury-free, the Barkley-Kante partnership can work wonders. Also, we will almost surely have Ruben Loftus-Cheek back in the squad last season, following a very impressionable campaign on loan at Crystal Palace.

Either way, we need cover in this position, as Bakayoko and Drinkwater have simply not been good enough. We’ve been linked to the likes of Rajda Nainggolan and Arturo Vidal in the last year, and signing either of them will be hitting the jackpot. We’ve also been linked with Arsenal’s Aaron Ramsey in the last few weeks. The Welshman will be a very smart signing in my opinion. He’s got the engine of a tank, can create and score goals and is also a very able tackler. If this transfer goes through, the Arsenal fans would absolutely hate it. That’s reason enough to go for him. 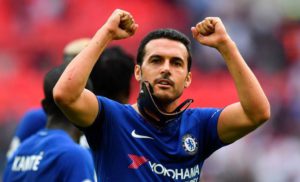 Talking about the frontline, our weakest link by far this season has been Pedro. The former Barcelona man was fantastic last season, and scored some seminal goals. This year, he has offered nothing. He is now on the wrong side of 30, and is slowly but surely moving past his prime. Willian and Eden Hazard are still there, but we need depth in those positions. We have the likes of Charly Musoda and Jeremy Boga out of loan, and these youngsters could certainly come in and make up the numbers. One can only hope that the club doesn’t go out and splash £30 million+ on a player who is not good enough.