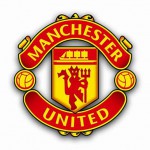 After a decent showing at home to Barcelona midweek, today’s Premier League game takes us to Old Trafford.

We haven’t had a win away against today’s opponents since 2013 in the league and we lost this fixture under Antonio Conte last season, so we’ll need to be at the top of our game to get anything out of this today.

Eden Hazard will be delighted to hear Herrera is out although Mourinho will undoubtedly have a back up plan to pay attention to the Belgian’s ankles. In fact, our former boss will be doing whatever it takes to not lose today, so we’d do well to make sure we’re a little less generous in defence than we were to Messi & co a few days ago.

Going into today’s game, Manchester United manager Jose Mourinho says “I have a good relation with the (Chelsea) board, I don’t forget how nice they were to me in a difficult period with the departure of my father; they show me in that moment they feel me as a friend that did his best for the club and always respects the club. With the players, I don’t have any problem, any regret, any stone in my shoes, no problem at all. The fans are fans; with many of them in the street I feel that empathy and that relation that normally should be that connection and feeling forever. When I play at Stamford Bridge, some reactions from the fans are just reactions.”

Chelsea boss Antonio Conte meanwhile, says “We must be focused for the next game and to prepare in the right way because we are talking about a very strong team with fantastic players. We have to look at ourselves and understand that, from now until the end, every game is very important. The run for a place in the Champions League is open, so we must pay great attention. In this run there are many great teams, and someone will have to stay out of the next Champions League.”

For Chelsea, David Luiz, Tiemoue Bakayoko and Ross Barkley are all still injured.

~ United have lost more games (18) and conceded more goals (67) against Chelsea than versus any other team in the division.

~ Chelsea’s only goal in four Premier League fixtures at Old Trafford was scored in a 1-1 draw in 2014.

~ Chelsea haven’t won at Old Trafford in the league since 2013.

~ Mourinho has lost three matches in all competitions against Chelsea as Manchester United manager,

~ Chelsea have already lost six Premier League matches this season, one more than in their entire title-winning 2016-17 campaign.

~ Antonio Conte has won three of his five meetings in all competitions against Jose Mourinho, with his only defeat coming in this fixture last season.