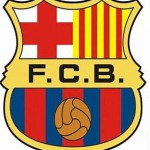 Friday night’s game was a clear improvement in performance for us but getting that into context, it was against Hull City. Tonight, our visitors are Barcelona and whilst we can clutch at whatever historical straws between us we like, the reality is, records are there for the taking from us this season. We’ve won just four from our previous 12 games in all competitions, whilst Barcelona have lost just once all season. They’re also unbeaten in the Champions League so far.

Of course, you’d have to say we’ve given a good account of ourselves going unbeaten against them in our last seven Champions League meetings, notably beating them in the semi-finals in 2012 on our way to winning the trophy. Our record of shutting out Messi is also pretty impressive but with 27 goals in all competitions already this season, you could never write off a hattrick from him to erase everything that’s gone before.

The fact is, Barcelona look a different prospect this time around. When he’s not scoring, Messi has turned provider for Luis Suarez but probably just as worrying is, with seven clean sheets in their last 10 games, they look to have got their defensive act together as well – and given we’ve struggled to break down anyone outside of Hull City and West Brom lately, that doesn’t bode well.

Going into tonight’s game, Chelsea boss Antonio Conte says “To play against Barcelona is a great challenge for us. This type of game must give us great enthusiasm. We must be excited to play, especially against this team. I consider Barcelona one of the best teams in the world. You have to try to compete with them at this level. It won’t be easy, for sure, but we must have the right confidence and then we’ll see what happens.”

Barcelona manager Ernesto Valverde meanwhile, says “We would have wished that Chelsea had finished first in their group so we wouldn’t have to play them right now. They are the current Premier League champions, that gives you an idea of how tough the league is. Maybe they were having a tough time at the beginning of the season but now they seem to be coming on. They have very good players like [Eden] Hazard, [Alvaro] Morata, Pedro and [Olivier] Giroud, they are a very difficult team to face.”

For Barcelona, Sergi Samper is injured, Nelson Semedo is suspended and Philippe Coutinho is cup-tied after his move from Liverpool. Thomas Vermaelen is in the squad despite a recent hamstring injury.

Chelsea are currently 4th in the Premier League and come into the game off the back of two wins albeit against ‘easier’ opposition. Chelsea had three wins, two draws and one loss, finishing runners-up in Group C despite having an equal number of points as Roma, and a superior goal difference.

Barcelona meanwhile, finished the group stage unbeaten and topped Group D, above Juventus, Sporting and Olympiacos. In La Liga, Barca extended their unbeaten run to eight matches at the weekend.

~ Chelsea are without a win in their last 6 knockout games