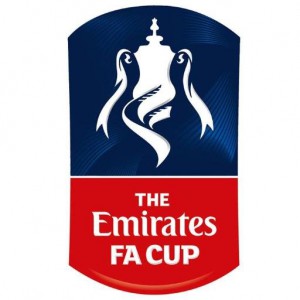 Tonight’s FA Cup fifth round tie sees us at home to Hull City and for me, it’s a really hard game to read. After a couple of really shoddy performances, we come into this off the back of a 3-0 win over West Brom – and yes, it was the Baggies and no, we didn’t blow a poor West Brom away but there were undoubted signs of improvement.

So, given the need to gather some momentum, we should probably play the same XI and yet, Conte will be thinking about the upcoming fixtures against Barcelona, Manchester United and Manchester City. We can’t go into those games knackered but on the other hand, we can’t go into them with a side who aren’t on a roll together competitively. Who’d be a manager? Basically, Conte will be damned if he does and damned if he doesn’t.

Going into tonight’s game, Chelsea boss Antonio Conte says “I think when you start the season every competition is a priority. We tried to do the same in the Carabao Cup. We want to fight for every competition – there is not one priority. There are three for the rest of the season. We have in front of us two weeks that are very tough. It’s right to have a programme, to have a plan, to face these two tough weeks in the right way. At the same time, as you know very well, we want to try to go through to the next round in the FA Cup.”

Hull manager Nigel Adkins meanwhile, says “We’ve probably got 12 on the injured list. We’re going to have to change the team around again. We need a lot of magic to help us, let’s face it, because they’re an outstanding team. We’re going there under no illusions but it’s the FA Cup and anything’s possible.”

For Hull, Abel Hernandez, Greg Luer, James Weir, Markus Henriksen are definite absentees and the game also comes too soon for Ondrej Mazuch and Stephen Kingsley. Michael Hector, Ola Aina and Fikayo Tomori are ineligible to play, Seb Larsson is serving the first of a two-game ban, although Michael Dawson and Kamil Grosicki are possibilities if they come through late fitness tests.

~ In all competitions, Chelsea have never lost at home against Hull City

~ Hull have won only three of their last 19 FA Cup ties against top-flight opponents.

I’m not sure anyone can predict this one.