Chelsea vs Everton: Blues must continue momentum after Tottenham victory 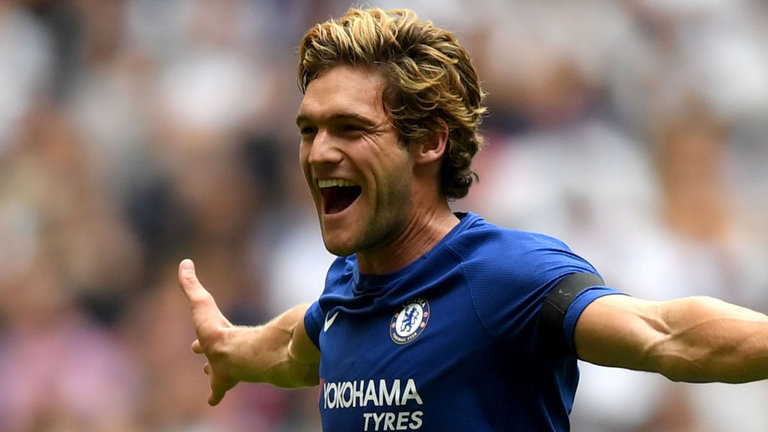 Chelsea return to Premier League action on Sunday as Everton are the visitors to Stamford Bridge, with Antonio Conte’s men looking for three points to go into the international break with spirits high.

The Blues remain the team to beat this term after last season’s momentous Premier League title success, but retaining English football’s top crown looks set to be a more-difficult task in 2017-18.

Chelsea won the corresponding fixture 5-0 last term at Stamford Bridge but there are no suggestions that the London hosts will have it anywhere near as easy this time around.

Conte’s men go into the clash with Everton full of confidence after defeating Tottenham Hotspur 2-1 at Wembley last Sunday, with the odds with Sun Bets sports betting favouring another victory this time out for the defending champions.

It has been a somewhat strange start to the new campaign for Chelsea, with much of the continuity that played such an important role in the club’s title success last term seemingly being eradicated over the summer.

With Diego Costa banished to the fringes, Eden Hazard injured and Nemanja Matic sold, three crucial men from the 2016-17 starting XI have been removed.

There is a feeling of transition at Chelsea, with summer signings Antonio Rudiger, Alvaro Morata and Tiemoue Bakayoko expected to be driving forces in delivering further success but needing time to settle into their new surrounds.

An opening day 3-2 defeat to Burnley came as a major shock to everyone in English football and was certainly not the way Conte or the fans expected the club’s title defence to begin.

As such, pressure was on Chelsea ahead of the clash against Tottenham, who as last season’s Premier League runners-up possess some excellent players.

The nature of the defensive effort in the Blues’ win over Spurs at the national stadium was a standout point in the win but all-in-all the three points was the most important thing.

Looking at other positives, Bakayoko was given the nod to play despite not being at the desired fitness levels and the former Monaco enforcer took hold of the game.

While Matic has drawn many headlines for his strong start to life at Manchester United, the signs are there that his replacement can be equally as effective in the Chelsea ranks.

Everton represent another dangerous opponent and the Blues will need to be close to their best to add another tick in the wins column this Sunday.

Ronald Koeman has not been shy in his expenditure on new players over the summer months, with the Toffees reinforcing across the park with some notable acquisitions.

While the trip to Croatia to play on Thursday will potentially tire some of the Everton legs and give Chelsea an advantage, the Blues would be advised to not write off the Merseysiders at Stamford Bridge.

In terms of team news, Pedro’s reintroduction to first-team affairs from the bench against Spurs is a positive sign, with every chance that the Spaniard could be recalled to start this weekend.

Hazard remains sidelined while Gary Cahill is suspended after his red card against Burnley, but Cesc Fabregas is available again and in contention for a place in Conte’s side.

Everton have a host of first-team stars on the sidelines, with long-term absentees Ross Barkley, Yannick Bolasie, Seamus Coleman and Ramiro Funes Mori no closer to returning to action.

James McCarthy’s perpetual injury woes continue and the Irish midfielder is not expected to feature, while Koeman has admitted that summer signing Sandro Ramirez faces a race against time to be fit for the game at Stamford Bridge.

Looking at the historic clashes between this sides in London, it is clear to see why Chelsea are the overarching favourites to prevail.

The Blues have not been beaten by Everton at Stamford Bridge since 1994, in a record spanning 22 Premier League games.

For Conte, building on last week’s win at Spurs will be the most-important element of the fixture as he looks to build combinations in his first team after a number of summer arrivals.

The Chelsea fans would love to welcome another household name or two to the club before the transfer window closes, but there is every reason to suggest that the current squad have the qualities to be in the title running next May as it is.

Beating Tottenham and then Everton in consecutive weeks would silence any critics that came out of the woodwork after the Burnley defeat and restore a feel-good factor at the club going into the international break.