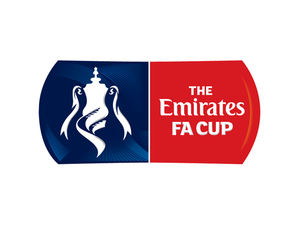 Today’s game takes us to Wembley Stadium for an FA Cup semi final against Spurs.
A month ago, we might have gone into this game full of confidence but recent defeats to Palace and again last weekend against United have chipped away at that bravado. The manner of last week’s defeat in particular, where we looked completely out of sorts, hasn’t had the best impact ahead of today’s game, although to be fair, the result came against a backdrop of a ref content to ignore Rojo and Herrera hacking at ankles along with the odd handball, and the late absence of Courtois and even later withdrawal of Alonso who’d seemingly infected at least two other team mates on the pitch. This week, Gary Cahill has succumbed to gastroenteritis already so we’ll just have to hope nobody else falls foul of the bug before kick-off.
As for today’s opponents, as well as beating us already this calendar year, they’ve won their last 8 straight and as much as they’re trying to make themselves out as the underdogs, most of the predictions seem to be favouring a Spurs win this evening.
Personally, I’m just wondering how quickly we could spread this bug outside our own ranks.

MANAGER’S VIEWS
Going into today’s game, Chelsea boss Antonio Conte says “Tottenham now is a really great power in English football. There is a moment you have to finish considering yourself an underdog. I think this is the right moment.”
Tottenham manager Mauricio Pochettino meanwhile, says “I think if there is one favourite it’s Chelsea because they are top of the table, because of the experienced players and the manager that they have. We are talking about one of the best teams in Europe. But we are in a good moment, too, and we are hungry to challenge this type of team.”

SQUAD NEWS
For Chelsea, Gary Cahill is out (gastroenteritis) although Thibaut Courtois (ankle) and Marcos Alonso (bug) are available again.
For Tottenham, Winks, Lamela, Rose and Vorm are out. Danny Rose (knee) is back in training but not expected to be involved.