Why Chelsea Have it Right Now 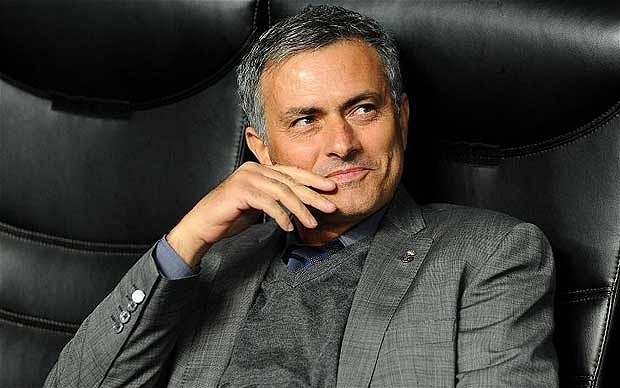 So, United kicked off the 2014/15 campaign with their first home defeat of the season out of the way. Not the end of the world really although probably not what they’d have expected given they hadn’t lost on the opening day at Old Trafford since 1972 and Swansea had never won there in the Premier League before Saturday either. Still, if it’s to be another season of records, best to start early.
Predictably, the blame for the defeat was laid squarely at the door of Ed Woodward and the Glazers for an apparent lack of signings, with tweeted demands for £100m as an immediate investment as a minimum. I can’t help thinking there’s a point being missed though – in the last year or so, they’ve brought in Fellaini, Mata, Herrera, Shaw, in addition to shelling out for Moyes’ departure on top of a replacement who won’t have come cheap. And that’s without Rooney’s pay rise which in itself could probably pay for a replacement defence!
Why am I so interested in what’s going on at United right now? Well I probably have a bee in my bonnet about managers. As a club, Chelsea have always taken stick about the frequency with which we change managers. Some of that might be justified but that’s because the appointments haven’t always turned out how Roman would have hoped. A season in with Moyes, in fact less than a season, and Woodward and co found out what it feels like to be in that position.
United had previously enjoyed prolonged success with the Premier League’s most successful manager to date, so I suppose the club’s support had every right to take the moral high ground. Now though, they know the disappointment of getting what they’d previously assumed was a decent manager, only to be screaming for his head just months later and I just wonder whether that’s a situation set to repeat itself in the coming season?
I ask that because I couldn’t see SAF sitting in the position of having an incomplete squad on the opening day of the season. He’d have had David Gill’s ear probably at the end if the previous season. LVG is telling everyone he knew in America what the deficiencies were, so why hasn’t he made sure he’s got his players in good time? Even if they do sign players now, United have left themselves weeks behind everyone else in terms of preparation – it’s a very different United these days and that has to be, in part, down to the manager.
United supporters will reel off their injury list in defence of the opening day performance, LVG will say he’s aware of the squad needs – and the team’s response is to go out there and drop points. Not particularly inspirational from a top manager is it? Even less so, when he points out “When you have preparation, win everything, then lose your first match, it cannot be worse. We have built up a lot of confidence. It will be smashed because of this.”
Surely that sort of statement increases the opposition’s psychological edge rather than that of his own team? Surely, rather than tell everyone his side lacks confidence and belief, it’s his job to instil that in them? Half the battle in managing is down to motivation and belief, if you win the battle, you’re far more prepared for the war. Louis van Gaal seems to be waving the white flag already if you ask me. Instead of simply writing it off as an opening day anomaly, the United boss says “In the first half I saw a lot of my players looking very nervous and making the wrong choices. The players have to get used to that expectation because this is Manchester United and they have to cope with that pressure. Of course I am very disappointed to lose – for the players and fans and for myself and my staff. But we have to remember this is only one of many games and nobody is champions now. You are the champions in May.”
Jose Mourinho meanwhile hasn’t got every player he might have wanted but he’s started his season saying how happy he is with his squad and whilst he’s making no claims that we’ll actually win the Premier League this season, he does say “I can do nothing more than say: ‘We feel we are title contenders.’ The only thing I can add is that probably, if you ask every manager in the Premier League are you a title contender, probably four, five or six will tell you, “Yes.”
“If the team finishing first is better than us — if we are very good but somebody is better than us — that’s football. That’s not a failure. The only thing you can do is be good. We have to be good, we have to better than last season as a team, the quality of our game, in everything we have to be better. We have to fight for the title and after that if somebody is really better than us, it’s because they were fantastic.”
And that’s why we’ve gone through so many managers until we’ve found the right one!